PETALING JAYA: Human rights organisation Tenaganita is aware that some loan sharks loaf around hospitals to take advantage of migrants who are in need of money for medical treatment.

Speaking to FMT, Tenaganita director Glorene Das said they had heard of loan sharks waiting at the hospital and offering loans to immigrants for their medical treatment.

The matter first came to FMT’s attention when an Indonesian immigrant with permanent resident status in Malaysia tipped off the portal.

He said when his friend took his pregnant wife to a government hospital, “agents” approached his friend, saying they were willing to help if he did not have any money to pay for the pregnancy care.

Foreign residents have to pay a larger deposit when seeking treatment at government hospitals. In a move to reduce the medical subsidy for non-citizens, the health ministry in April announced new rates for admission to wards and surgery.

Glorene said: “There are cases of loan sharks preying on foreigners, but these instances are not directly reported to us. They are not necessarily agents but also random people. They give money as loans because they know the migrants are desperate.

“Of course the migrants would take the offer as they desperately need money and can’t afford the fees.”

Glorene said the consequence would be that they needed to pay back double the amount with interest later.

She added that if the migrants failed to do so, they would be threatened and robbed.

Attempts to contact the health ministry have failed so far, but FMT is continuing to do so. 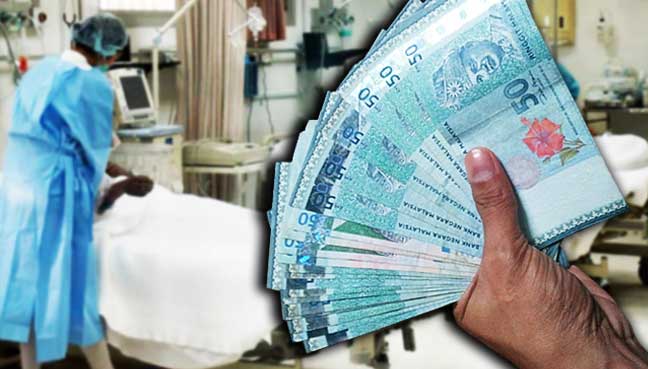