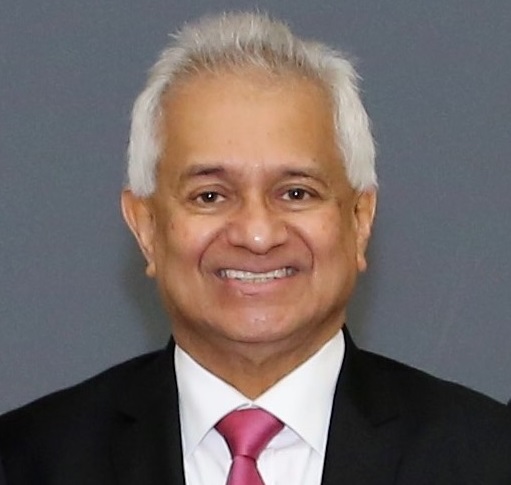 I HAVE, since March, scrupulously adhered to the convention that it is not proper for a former public officer to comment on the merits or demerits of policies and decisions made by his successor. But last night’s announcement that the prime minister requested the Yang di-Pertuan Agong to declare a national emergency imposes a responsibility on me not to remain silent. Hence, with a heavy heart, I pen my thoughts on the legality of the proposed move.

A proclamation of emergency under Article 150 of the federal constitution has tremendous negative consequences on the nation’s body politic and the exercise of freedoms and liberties by our citizens. Hence, the reluctance to rush into it. The opprobrium attached to emergencies led the government in October 2011 to revoke four proclamations that had marred our national psyche. The prime minister was then the deputy prime minister. Because the ramifications of an emergency are massive, the constitution has placed many safeguards against its use. The most obvious and most frequent abuse occurs when the prime minister of the day feels threatened as to the security of his tenure. Hence, checks and balances are built into Article 150, which has 13 sub-articles within it. It is a comprehensive code, and is the starting point of any discussion.

Article 150(1) provides that if the Agong is satisfied that a grave emergency exists, whereby the security, economic life or public order in Malaysia is threatened, he may issue a proclamation of emergency. Malaysia is a constitutional monarchy, and the Agong acts on the advice of the prime minister insofar as Article 150 is concerned. Hence, the true decision-maker is the prime minister, but the king has a residual discretion. In other words, it is not automatic that every time a prime minister desires a proclamation, the Agong must agree to it. The Agong is entitled to seek the advice of the Conference of Rulers, or indeed anyone whose advice the Agong values.

But for Article 150(1) to come into play, the conditions in the country or the circumstances are such that:

(i) A grave emergency exists;

None of these terms is defined in the constitution. Thus, they must be given their natural and ordinary meaning. Additionally, the draftsmen of the constitution placed an important safeguard: it is not any emergency, but one that is “grave”. This distinguishes it from a crisis or an “ordinary” emergency. It must be serious in nature, scale or magnitude.

It is difficult to find a single rational argument to support a case that there is a “grave emergency” today in Malaysia for whatever reason. Covid-19 has been with us since January. When it suits this government, it has boasted about how well they combated and contained the spread of Covid-19. And, they have objective grounds to make this claim, having regard to the performance of other countries. Hence, on a relative and comparative scale, Malaysia has handled Covid-19 well. But the same government cannot then claim that overnight, Covid-19 has became so “threatening” that we have a “grave emergency”. However, terrible Covid-19 is in Sabah, it does not warrant the declaration of a national emergency.

Although Covid-19 is the publicly stated reason, none of us is fooled. The true reason is that this prime minister is not confident that the Budget of his finance minister will be passed by the Dewan Rakyat when voted upon in early December. That would result in a lack of confidence in his government. They must resign then. Hence, the real reason is to ensure the survival of the prime minister in office. You reap what you sow. If you assumed power without being elected by the people of Malaysia, the same fate awaits you. You cannot stay in power by stopping others from aping you. That sums up the so-called case for an emergency. It is so self-serving that constitutionally, the prime minister is conflicted in seeking a proclamation of emergency solely to stay in office. His private interests are in conflict with his public duty.

Let me briefly consider the three preconditions in Article 150(1): security, economic life or public order. It is impossible for the prime minister to argue that the security of Malaysia is in any way affected by whether he continues to remain in office. Likewise, public order. That leaves “economic life”. This precondition has no application. Note that “health” is not a ground. This is hardly surprising. Nations have, over centuries, been affected by plague, tuberculosis, the Spanish flu and other contagious diseases. But they do not justify a national emergency. Ample public health and sanitisation measures can be put in place under the ordinary laws of the land, without resorting to emergency powers. In these circumstances, there are no legal grounds for the proclamation of an emergency in Malaysia today. It would, therefore, be unconstitutional.

Although an ouster clause is found in Article 150 (8), having regard to the development of constitutional law in seminal cases like Indira Gandhi and Semenyih Jaya, it can certainly been argued that the courts can review a decision to declare an emergency. Nearly half a century ago, the Teh Cheng Poh case considered the limits of the power of the executive to declare emergencies. A recent foreign example is illustrative of the worldwide trend in common law: the Brexit decision of the Supreme Court in the United Kingdom. In my opinion, a proclamation of emergency in present circumstances is justiciable before our courts.

A supreme irony is that the prime minister and his finance minister desire Parliament to be suspended, and for the Budget to be enforceable by executive action. This again would be unconstitutional because it would violate three sub-articles in Article 150 itself. Thus, Article 150(3) requires the proclamation to be laid before both Houses of Parliament. More significantly, the proclamation shall cease to have effect if a resolution is passed by both Houses “annulling such a proclamation”. Article 150(5) provides that while a proclamation is in force, “Parliament may make laws if it appears to Parliament the law is required”. Finally, Article 150(9) states that the Houses of Parliament should be regarded as sitting “only if the members of each House are respectively assembled together and carrying out the business of the House”.

It is plain and obvious that proclaiming an emergency does not have the intended result. Parliament continues to perform its duties. Hence, the Dewan Rakyat should sit in the normal way for the important Budget session in early November, as scheduled.

One would expect the finance minister, as an ex-banker, to advise his prime minister of the grave consequences to the economy if an emergency is declared. The ratings agencies will immediately downgrade our ratings, which means that borrowing costs will become more expensive, and perhaps, even more difficult. The share market will plunge, the ringgit will plummet, and business confidence will be shattered. All these predictable consequences would be self-inflicted solely to allow one man to remain as prime minister. Hence the “economic life” of Malaysia demands no emergency. Period.

For all these reasons, I implore the prime minister to withdraw this option. Rather, the problem is created by the 222 MPs. The solution, therefore, lies in their hands. If that means the prime minister and his political opponents have to spend next week horse-trading and bargaining for inclusion in a true unity government, they must undertake that with a spirit of consensus and compromise. The people of Malaysia, whom you are supposed to represent, are absolutely disgusted with the present state of affairs. The last thing we want is a national emergency caused solely by the ambitions and greed of politicians. – The Vibes, October 24, 2020