Apandi: What is unlawful about declaring an emergency? 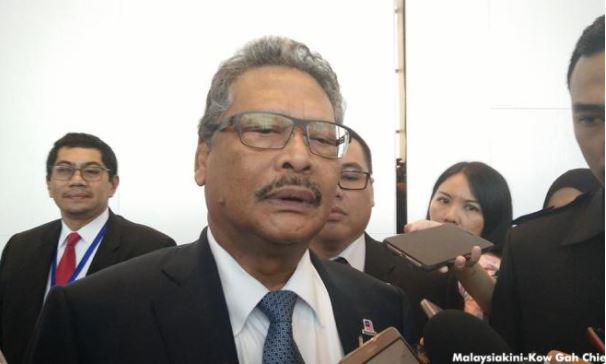 He said other nations have declared emergencies to combat Covid-19, as has Malaysia in other public health crises.

"Other nations, such as Japan, France, Thailand and New Zealand had resorted to proclaiming emergencies to combat the Covid 19 pandemic.

"So, what’s so unlawful about a proclamation of an emergency.

"We had done it before, to combat cross border pollutions (haze) in 2005 and 2013," Apandi said in a brief statement.

The cabinet yesterday agreed to seek royal consent to declare an "emergency", ostensibly to fight Covid-19.

However, critics say Prime Minister Muhyiddin Yassin is trying to avoid his fragile Perikatan Nasional government being defeated in the Dewan Rakyat over the Budget 2021 vote.

Apandi's opinion contrasts with that of former attorney-general Tommy Thomas.

Thomas said Putrajaya suspending Parliament via an emergency and enforcing Budget 2021 by executive action would be unconstitutional.

Citing the constitution, he said Parliament can function normally even during an emergency.

"It is plain and obvious that proclaiming an emergency does not have the intended result. Parliament continues to perform its duties.

"Hence, the Dewan Rakyat should sit in the normal way for the important budget session in early November, as scheduled," he argued.