Latest CMCO dine-in rules: Maximum of four people per table in Selangor, KL, Putrajaya; takeaway and delivery only for Sabah 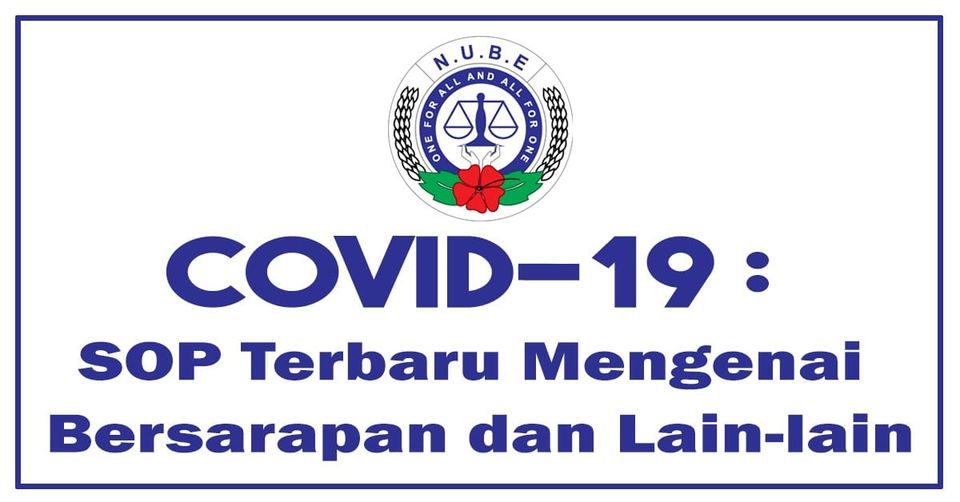 The National Security Council (NSC) has released its latest version of the standard operating procedures for the conditional movement control order (CMCO) that has been imposed on the Klang Valley and Sabah until November 9, including whether dining-in is allowed.

The NSC yesterday issued two separate sets of CMCO SOPs as of October 31 for the Klang Valley and for Sabah, with some of the SOPs overlapping while others differ or are state-specific.

For example, the NSC in its October 31 SOPs encourage food purchase via drive-through, delivery or takeaway while dining-in is allowed in Selangor, Kuala Lumpur and Putrajaya with a maximum of four people to one table with physical distancing of one metre and with the relevant food industry SOPs to be complied with.

But for Sabah, the NSC’s October 31 SOPs state that food purchase is limited to only drive-through, delivery and takeaway, while dining-in is not allowed.

Here are some of the NSC’s separate set of SOPs for the Klang Valley and Sabah for the extended CMCO period from October 27 until November 9, with details on where they differ and mostly with stricter rules in Sabah. (Note: The CMCO SOPs do not apply to places in Sabah with an enhanced movement control order.):

1. Economic activities allowed according to SOP

- Petrol stations: 6am to 10pm (except for those at highways allowed to operate 24 hours).

- Accommodations allowed but with guests required to be in the room and food ordered via room service. All other activities at facilities not allowed: gym, swimming pool, dining hall, seminar room

- All government and private clinics and hospitals allowed to operate 24 hours a day in both Klang Valley and Sabah.

Both Klang Valley and Sabah:

- E-hailing and taxi (max two passengers), food delivery: 6am to 12am midnight

- Police approval needed first: Travel past Selangor, Kuala Lumpur and Putrajaya to go to other states, number of passengers depend on vehicle capacity.

- Police approval needed first: Emergency cases such as illnesses, funeral management involving movement across districts, with number of passengers depending on emergency.

- Movement in and out or across districts not allowed. Workers with work pass or employers’ letter allowed to work. Employers to encourage workers to work from home if possible.

- Workers with work pass or employers’ letters allowed to work. Employers to encourage workers to work from home if possible.

- Movement in and out or across districts not allowed, except for workers with work pass or employers’ letters. Vehicles with essential goods allowed to cross districts, number of persons allowed depends on business vehicle’s registration. (Kota Kinabalu, Penampang and Putatan considered one same district).

- Allowed: Small boats from Sabah islands to Sabah mainland to buy food, essentials: 6am to 2pm only. Registered fishing boats in Esszone from 6am to 6pm at allowed jetties only, subject to police permit.

- Allowed: Non-contact sports, individual sports such as walking, jogging, cycling, self aerobics, hiking, fishing and others in open areas. Limited to 10 persons in Kuala Lumpur, Putrajaya, limited to five persons in Selangor. Hiking in Selangor not allowed (except for hiking sites under Selangor’s forestry department).

- Recording of music, concert, filming, dialogue allowed whether in studio or outside, but with physical distancing and without audience.

- Not allowed: All religious activities at Muslim and non-Muslim houses of worship. Mosques, surau to only have number of congregants allowed by state religious authority for azan and five-day prayer and Friday prayers; maximum six workers at non-Muslim places of worship allowed.

- All educational institutions from childcare centres to institutions of higher education closed, but students taking overseas exams allowed to be present to sit for exams only.

- Not allowed: Seminar, courses, exhibitions, face-to-face meetings. Meetings to be via video conferencing.

- Not allowed: All religious activities at Muslim and non-Muslim houses of worship. Mosques, surau to only have number of congregants allowed by Sabah state mufti for prayers; maximum six persons at non-Muslim places of worship allowed.