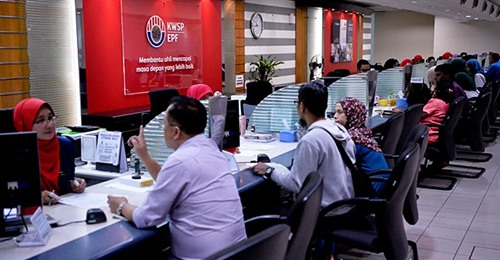 When it comes to any change in policies involving the EPF, Malaysians generally don’t skip reading such items. These reports get a large number of hits and shares in social media.

Naturally, the current debate on the merits of whether to allow members to withdraw their savings from Account 1 to tide through this difficult time, is getting lots of eyeballs.

For workers in the private sector, who number nearly 14 million in the country, EPF is a subject close to the hearts for more than half of them as they are active contributors. This is the only mandatory provident fund that both the employers and employees contribute to monthly. The total adds up to a minimum of 20% of basic salary although some employers give higher contributions for certain staff based on seniority.

Provident funds are all about retirees having enough funds to survive during their golden years with dignity and good health and without having to depend on support from their children if they can help it. According to EPF’s findings, a retiree needs a minimum of RM228,000 to live with just enough for 20 years after they retire. And this too is based on a household poverty line income of RM930 monthly.

Now, here’s the scary bit that should wake all Malaysians up with a jolt.

According to the EPF, about 70% of its members aged 54 have less than RM50,000 in their savings. A simple calculation will show that this will last them only five years at most.

Then you have an estimated 20% of the 14 million members having an average savings of slightly more than RM6,000.

I am sure this amount must have been reduced for some after a certain category of contributors were allowed to withdraw RM500 monthly from March to December under the i-Lestari scheme when the government announced the first Covid-19 incentives in April.

According to EPF, 70% of members who withdraw their funds at age 55, the mandatory full savings withdrawal age, use up their savings less than 10 years after retiring. Most, if not all, also make their one-third withdrawal when reaching 50 as allowed under the EPF Act.

What does all this show? A simple fact that at the current rate, EPF savings are definitely not enough for households to stay out of poverty after retirement. Remember the cost of living goes up with time too, making it even harder for people to run their families. All these indicate that the government will soon be faced with a huge burden of caring for the aged.

According to the Statistics Department, there were changes in Malaysia’s age structure over the last 10 years, with those below 14 years decreasing steadily with the number of those above 65 rising. It is generally felt that Malaysia is not really ready to meet the needs of the ageing population.

Most do not have medical insurance which forces them to turn to government hospitals for their healthcare. A large number of them do not have enough savings, making them depend on their children and the government for cash aid. But as most of us are aware, the burden of care for the aged will fall on a shrinking base of young people.

If the government were to allow a special Covid-19 pandemic withdrawal now as advocated by some, I am afraid all those who will take up this offer will be from the middle and lower-income groups. And these will be part of the 54% of contributors who have already been projected to have insufficient funds to see them through their post-retirement phase.

The higher middle and top earners will not require this facility obviously. Most of the others may need this help but knowing Malaysians, even those who can do without this will apply to withdraw ignoring the long-term consequences like reduced provident savings.

Having said this, the fact remains that a large group of Malaysians urgently need help now. Of course, the government’s objective is to stimulate consumer spending with a higher disposable income. But we have to ask ourselves if this should be done knowing pretty well that most will end up not having enough in their old age.

On a personal note, I do not consider allowing EPF withdrawal as a form of government help. After all, it’s the members’ hard-earned savings, and it was their own cash that went into the fund. This “help” will only result in a loss of much compound interest and depletion of their savings in the long term.

One way out would be for the government to offer interest-free loans to those really in need, allowing repayments to start from the beginning of 2022 or after the Covid-19 situation improves. The relevant authorities and the banks can work together to get the scheme going.

Uncertainties in old age are part of life. Therefore, having enough in the EPF nest is the best way to deal with such exigencies. Remember, we are living in an age where some children have thrown filial piety out of the window, abandoning their parents at old age. We surely do not want to see senior citizens ending up begging on the streets.

Do not touch the EPF, think of other options.