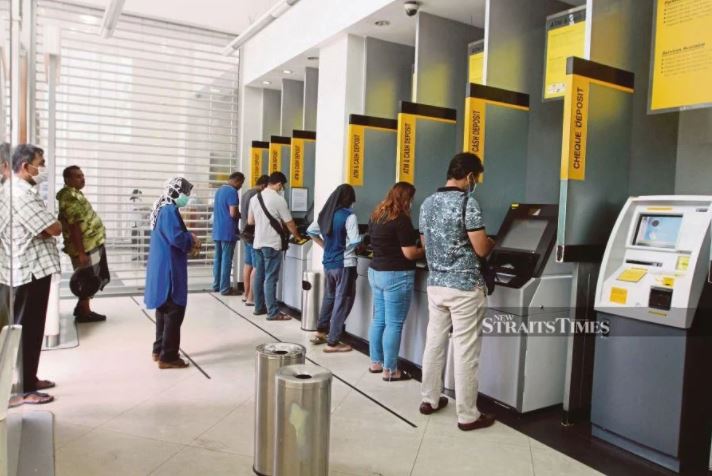 KUALA LUMPUR: The multi-billion ringgit allocation to turn Malaysia into a digital-based economy must not come at the expense of workers losing their jobs, as what has been taking place in some banks.

Scores of workers, especially low-wage cadre employees in several banks, including multi-national banks, were laid off under the guise of automation and digitalisation. This must not happen to workers in the various sectors, including SMEs, which have been earmarked for the digital push under the 2021 Budget, said the National Union of Bank Employees (NUBE).

NUBE General-Secretary, J. Solomon, said there are many lessons that can be drawn from automation and digitalisation in the banking sector.

"We sincerely hope, unlike some banks, the stakeholders in the other sectors do not spread fear among employees that their roles will be made redundant by digitalisation.

"Bank employees do not reject automation or digitalisation but they must have access to up-skilling and retraining to keep their jobs and stay relevant to the needs of the banking sector.

"Unfortunately, many workers, especially NUBE members, lost their jobs, because some irresponsible banks had outsourced their functions to overseas and other local companies.

"When bulk of the job functions of permanent employees is outsourced, what is left for bank workers to upskill and reskill?"

Solomon said jobs which are outsourced to companies are done so on the cheap, as such companies refuse to pay permanent workers what they had promised to, eventually leading to their retrenchment.

He said the multi-billion ringgit allocations under the 2021 Budget for digitalisation and automation would benefit businessmen and corporate players.

"But it will only benefit workers if a comprehensive policy on up-skilling and retraining is drawn up with effective implementation. Otherwise, we fear that workers may suffer the same fate as those in the banking sector who were forced into retrenchment".

Solomon said overall, the 2021 Budget appears to have comprehensively covered most problem areas impacted by Covid-19, especially the B40 and M40 groups.

He said the 2021 budget had taken into account the hardship faced by the workers and other needy Malaysians.

"NUBE feels that to some extent, this budget will be a realistic roadmap to reduce the inequality that has existed all this while.

"Extension of the wage subsidy scheme for workers is important and very thoughtful because the pandemic will continue impacting workers in industries that have been badly hit and will take a long time to recover".

Solomon added that a lot of emphasis had been given to upgrading local infrastructure development, which will boost local travel and tourism. As a result, all Malaysians will fully benefit from this, including local traders who can set up their businesses at tourist hotspots.

"We are particularly happy that billions have been allocated for retraining and re-skilling of workers. Here, it is imperative that the Finance Ministry and the Human Resources Ministry monitor and tighten all loopholes that could result in abuses and corruption when the money is dished out. All awards must ensure transparency and only the best firms are offered the contracts, and not to those politically linked like some cases in the past".

He said the government must also ensure that workers benefit absolutely from this venture, which will not only help them keep their jobs but also allow them to look for fresh options.

"They just cannot afford to lose their jobs as this will result in much socio-economic problems.

"While NUBE is not against automation, all we are asking is that affected workers be reskilled and retrained to survive. So in this context, the RM1 billion is timely and must only be spent for this purpose".

Solomon said with tourism being one of the worst-hit sectors due to the Covid-19 pandemic, the government's plan to retrain and provide job placements for 8,000 airline staff is also commendable.

"NUBE wishes to thank the Prime Minister and the Finance Minister for the most relevant and caring budget to tackle the prevailing condition. We hope their efforts are shown in the implementation by the various ministries and the government agencies".