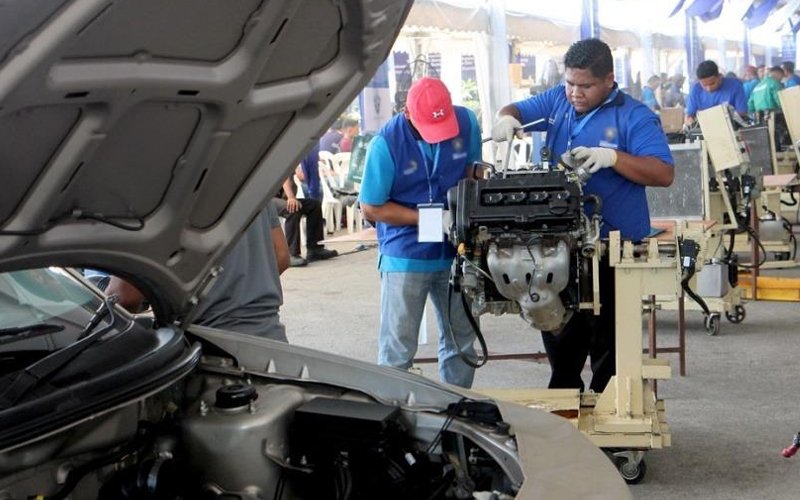 MUAR: The government, through the National Employment Council (NEC), will strive to create 500,000 jobs despite the country being in a dire economic situation as a result of the Covid-19 pandemic.

Prime Minister Muhyiddin Yassin said this was because the number of those unemployed this year had increased to 700,000 or 5.6% compared to only 3% the previous year.

“The number of those unemployed has risen. Many of those running businesses had to close shop after suffering losses. Due to this, some also had to lay off workers or stop hiring new ones.

“And this is why the government set up an employment council, which I am chairing, with the aim of ensuring the country’s economy continues to be more organised and to find ways to help the people, who are now mostly unemployed and have no income,” he said.

Muhyiddin said although he was aware that the target could be quite difficult to achieve, the government had outlined various proactive measures, including offering tax incentives to attract foreign investors.

“It is now rather difficult to find investors even though Malaysia, prior to this, had been the country of choice because we have good infrastructure, a large workforce, highways, industrial sites and proper utilities.

“So, if we do not work hard now and take bold steps to offer more incentives, they will not invest here because the whole world at this time is also sourcing for investments,” he said.

If they opt for other countries to invest in, the government would not be able to provide employment opportunities, Muhyiddin said.

At the same time, he urged the human resources ministry and other relevant ministries to utilise the RM2 billion fund provided by the government to train more young people, especially to improve their skills.

Muhyiddin said many graduates and school leavers had failed to land jobs, but expressed confidence that with the new skills acquired, they stood a better chance of securing employment.

The prime minister also said that SOPs under the conditional movement control order (CMCO) had been relaxed to boost the country’s economic activities.

Although there are parties who were not agreeable to this, he said the decision was taken after careful and detailed study.

“The economy is not fully recovered. There are not many customers at stalls, shopping complexes are empty and many hotels have shut operations due to a lack of guests.

“That is why I decided recently to give some leeway and allow Kuala Lumpur folks to visit Desaru in Johor and those in Johor to travel to the east coast.

“I checked and the hotels are now full… that’s a good sign.

“The pandemic is not over but we are allowing people to travel on the condition that all SOPs are followed,” Muhyiddin said.