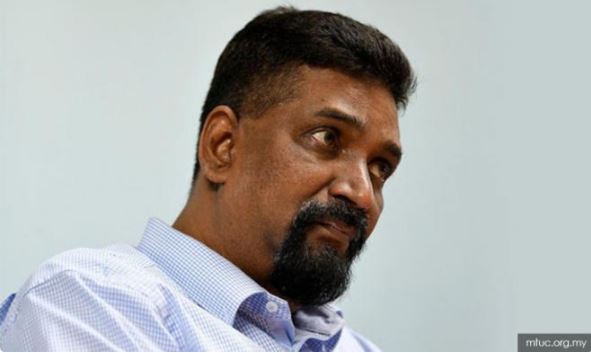 "Saravanan is normally reticent when it comes to issues adversely affecting workers, especially in this difficult time of the Covid-19 pandemic.

"Despite Nube having raised a huge number of pertinent issues, he has chosen to remain silent all the time, displaying absolute arrogance.

"But when it came to the issue of the Thaipusam holiday in Kedah, he jumped immediately to attack the Kedah Menteri Besar for not gazetting a holiday for the festival saying it was not necessary as no processions were allowed," said Solomon in a statement today.

Solomon said that while Saravanan has the locus standi to champion the issue being the deputy president of MIC, his reason for saying that the party will be affected at future elections implied that only politics took precedence.

He said that the Nube wishes to remind Saravanan that it has been appealing to him since Nov 12, 2000 to intervene in what he called the arbitrary outsourcing of jobs and anti-union activities of the Hongkong and Shanghai Banking Corporation (HSBC).

"Unfortunately, he has remained silent about it and refuses to respond to Nube and did not exercise his authority which is in the collective agreement to stop such abuses.

"Numerous reminders have been sent to him but we have not received any response from him on our appeal."

Solomon alleged that Prime Minister Muhyiddin Yassin had written to Saravanan on Dec 16 to act on the complaint.

"We, too, reminded him of the prime minister’s directive but Saravanan has refused to respond to Nube till now. He should not ignore workers’ sufferings," said Solomon, adding that ministers needed to be reminded that their function is to serve the people.

Malaysiakini has reached out to the minister for a response on Solomon's claims.