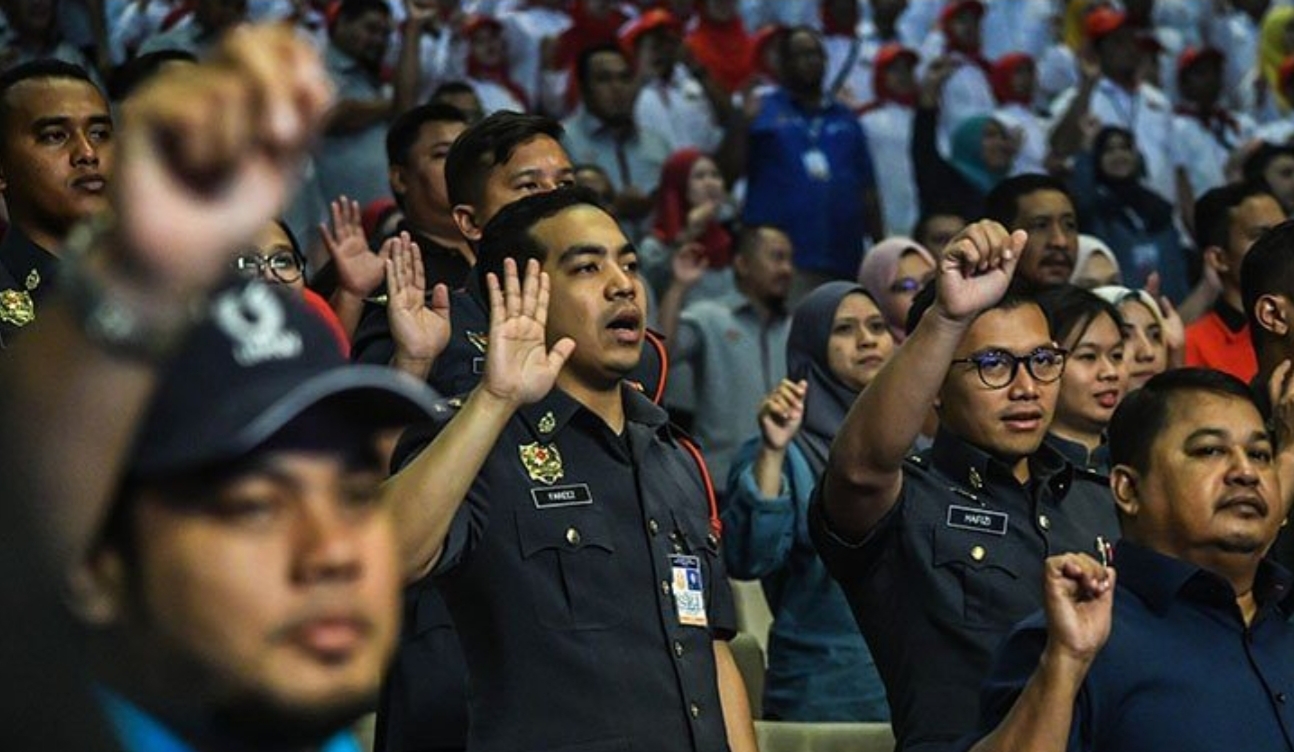 Some of us were shocked when a former minister said the government spent RM60 billion a year on emoluments for civil servants.

If you add expenses on claims, courses, maintenance of buildings, utilities, office supplies and other items, the amount shoots up by several more billions of ringgit.

We’ve known all along that the expenditure is huge but it really shakes us up when you quantify the amount. The money comes from taxpayers, some of whom work hard for the amounts they contribute.

As such, the interest among Malaysians on the return on investment by the public sector continues to grow.

In an environment of scarce resources and rising deficits, the people expect and demand greater accountability from the civil service. Accountability implies, among other things, refraining from corrupt practices and abuses of power.

So when the news of two policemen enabling the rape of a minor in the Miri lock-up by another detainee broke last week, there was outrage because they had failed to protect the unfortunate girl.

It is unthinkable that the officers could have let this happen when tens of thousands of civil servants in the frontline are making huge sacrifices to handle the challenging Covid-19 situation.

In the first place, the investigating officer ought not to have placed the girl in the cell under existing SOPs.

Batu Kawan MP Kasthuri Patto described the horrendous incident as an example of how those in authority have been abusing their powers.

We would be wrong to judge the whole civil service by the actions of black sheep, but we can’t deny that there is a need to clean it up of such rogues.

Malaysian Anti-Corruption Commission chief Azam Baki recently said the involvement of civil servants in corruption was worrying and that the issue of integrity and abuse of power should not be viewed lightly.

Azam has a point since 46% of those nabbed for graft over the last five years were civil servants.

This is not a new problem. Corruption in the civil service started becoming a prominent subject of discourse as far back as the 1980s.

The government introduced the Whistleblower Protection Act in 2010, providing protection to those who voluntarily report or reveal information on corrupt activities.

It has been 10 years since and it has obviously not had the desired effect. Cuepacs, the umbrella body for unions in the government, has attributed this to a “culture of victimising” those reporting corruption or refusing to be party to it.

To many Malaysians, we are failing badly in this area. That is why the civil service has often become the object of ridicule.

Because of the actions of a few, many accuse the civil service of being bloated, inefficient, corrupt and subservient to political masters. The fact is that these accusations are not far off the mark and Malaysians have begun to question the return on investment from the huge budget spent on public servants.

In the last two decades or so, the civil service has been facing a credibility crisis with many heads of key institutions compromising their integrity to please the politicians in power, especially the prime minister of the day.

The ratio of Malays to non-Malays in the civil service used to be about 60:40 in the 1960s but the gap began widening about 30 years ago. No official figures are available now but it is estimated that about 87% of the service is made up of Malays.

However, it may not be right to call for absolute meritocracy in the civil service, as some Malaysians have done. A robust merit-based society will not be a happy one because of several disparities in Malaysian society.

But with a workforce of 1.2 million and a budget of more than RM60 billion, the performance should improve. Malaysians are yearning for efficient government departments.

One has to agree with Nazir Razak, a son of second prime minister Abdul Razak Hussein, who suggested the formulation of a new social contract to ensure a better future economically, politically and socially.

If we want to achieve a capable and world-class civil service, we need to recognise pure talent by removing our racially-tinted glasses. We cannot and should not totally sideline talent in the name of positive discrimination.

All we want to be is proud of a world-class civil service that is not corrupt and delivers a respectable return on investment.

The views expressed are those of the writer and do not necessarily reflect those of FMT.