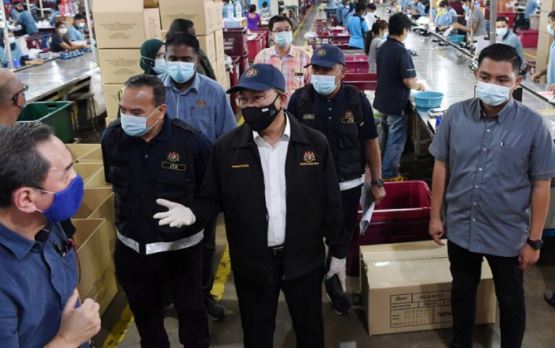 BUKIT MERTAJAM: A total of 23 employers have been charged in court for failing to comply with the government’s ruling on the provision of workers’ accommodation.

Deputy human resources minister Awang Hashim said that since the Workers’ Minimum Standards of Housing and Amenities Act 1990 (Act 446) came into force on Sept 1, last year, about 100 operations had been carried out nationwide to check on workers’ living conditions.

“About 80% of employers have complied and the level of compliance has been satisfactory,” he told reporters after an operation at a shoe manufacturing company at Bukit Tengah industrial area, here, today.

In the operation conducted in collaboration with the department of labour of Peninsular Malaysia, department of occupational Safety and Health, social security organisation, state health department, and Seberang Perai city council involving 30 personnel, inspections were made on houses used as workers’ accommodation.

Awang said, most employers who have been charged in court failed in the standard operating procedure (SOP) compliance as too many workers were living in one room.

“There should only be two persons to a room, but our checks show there were more than six people in a room. The six to a bathroom rule was also not adhered to, so all these are in violation of the SOPs set,” he said.

Awang said the ministry would continue with the strict enforcement action to ensure employers abide by the Act and procedures set by the National Security Council, adding that if employers followed the rules, the risks of Covid-19 transmission could be reduced.