After promises not to retrench, booted cement workers file complaint 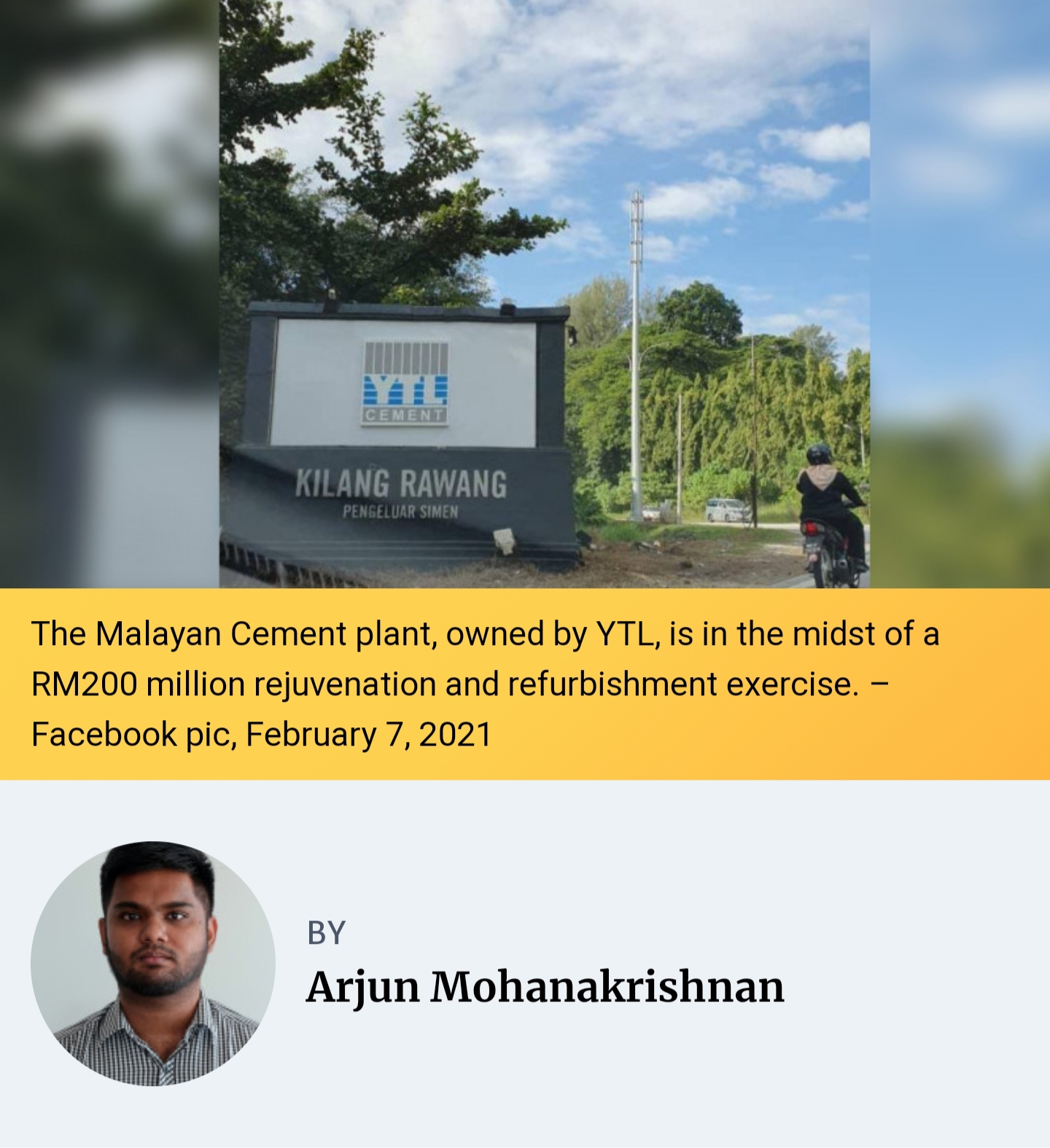 Based on a complaint form sighted by The Vibes, the reason for retrenching the workers was the closure of Malayan Cement Bhd’s plant in Rawang.

Malaysian Trades Union Congress (MTUC) general council member A. Sivananthan told The Vibes that the workers were hired by the Associated Pan Malaysia Cement Sdn Bhd (APMC), of which Lafarge Malaysia Bhd is a majority shareholder.

He added that when YTL Cement Bhd acquired Lafarge Malaysia in 2019, along with APMC, the company promised there will be no retrenchment plans.

“After the takeover, there were plans to refurbish the facility and meet with the workers’ union to discuss the matter. In late 2019, Malayan Cement said it would not be retrenching workers.

“There was also a collective agreement (CA) between the national Cement Industries Employees Union (CIEU) and Lafarge, and that agreement would apply to subsequent employers.”

He said with the CA still in force, meetings about retrenchment had to include the CIEU.

However, Malayan Cement made a decision early 2020 to retrench the workers with Sivananthan saying the employer only met with the worksite committee, which is a company level union, and not CIEU.

He added that the worksite committee had opposed the retrenchment and told the employer to meet with CIEU as per the CA.

“The employer managed to meet last May with MTUC, CIEU and the worksite committee.

“In that meeting, the three groups told the employer that they opposed the retrenchment to protect the workers’ right to livelihood.

“The employer did offer alternative jobs in Johor, Kedah and other locations along the east coast but the workers have roots in Rawang.”

Sivananthan said the retrenched workers are waiting for the matter to be referred to the industrial court.

He added that there is an ancillary plant in the facility where the workers could be placed while the main plant was being refurbished.

The Vibes contacted Malayan Cement, which confirmed the plant is undergoing an RM200 million rejuvenation programme.

“Regretfully, 62 union employees and 60 executives (of about 3,500 employees within the cement group of companies) were retrenched.

“In compliance with the CA and Employment Act, compensation of more than RM9 million were paid to all affected staff,” Malayan Cement said. – The Vibes, February 7, 2021 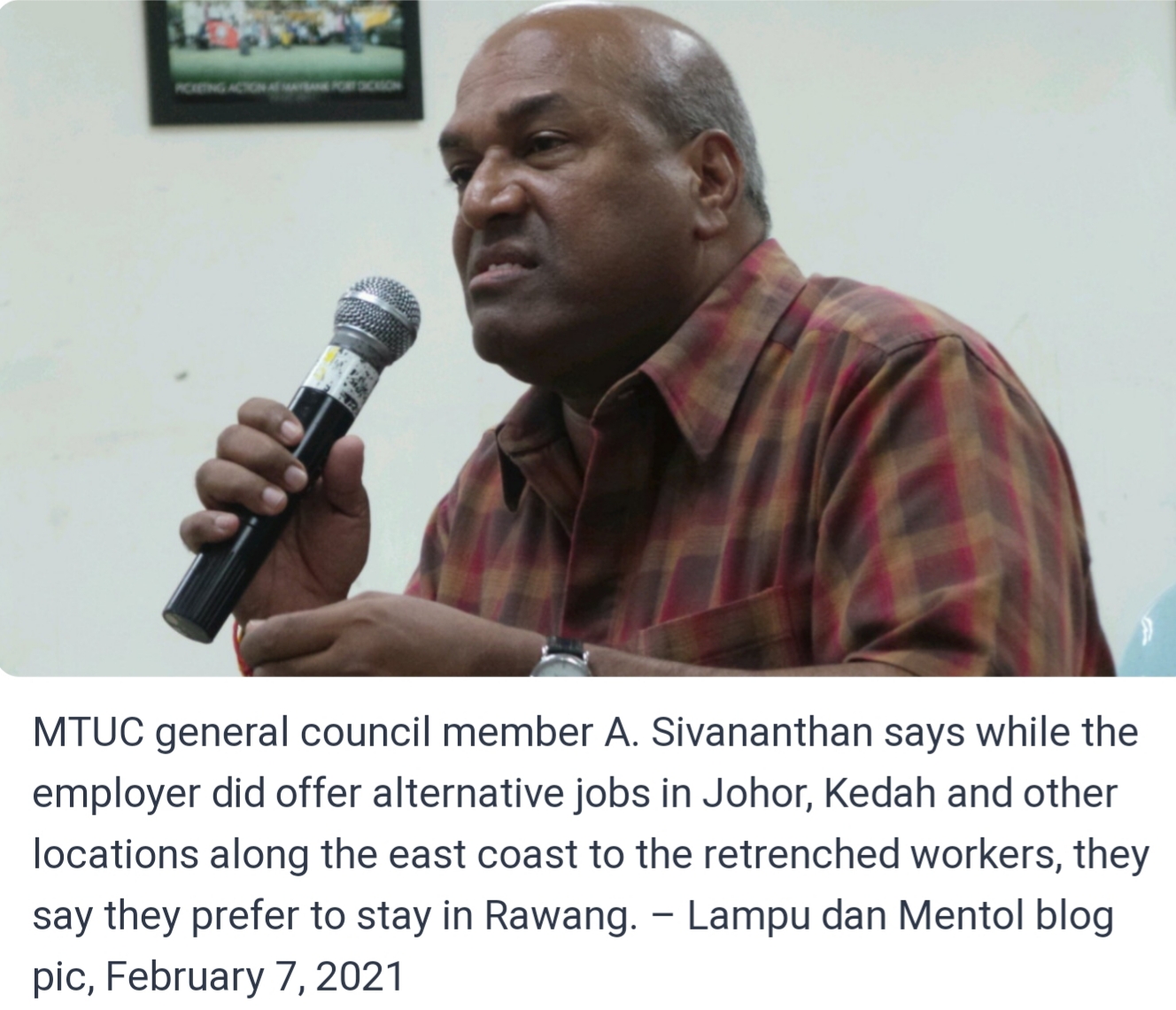