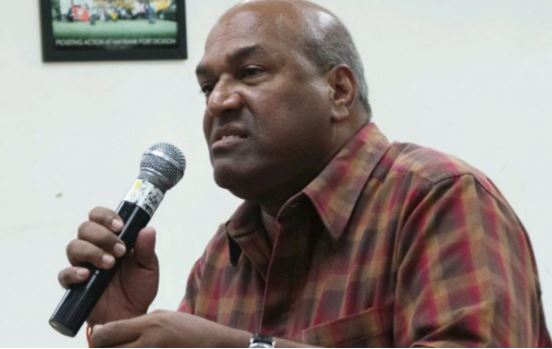 KOTA KINABALU: The industrial court is being urged to postpone the virtual hearing of a case involving a former bank worker who is now in home quarantine over suspected Covid-19.

Malaysian Trades Union Congress said council member A Sivanathan questioned the need for the case to go ahead after it had been postponed three times.

The case involves a suit for constructive dismissal filed by Roslan Matthews @ Abdul Rashid against a bank in Sabah in 2019. Sivanathan said it had been postponed three times as there was no industrial court chairman in Sabah and also because of the Covid-19 health crisis.

The industrial court, which reopened in January, had called for the case to be heard online in Kuala Lumpur.

Sivanathan said Roslan had gone to a government hospital yesterday to seek treatment as he felt unwell and was told to stay at home until they contacted him to carry out a Covid-19 test.

“We wrote to the court to postpone the case but the chairman replied in writing saying he wanted to go ahead with the hearing on Monday,” Sivanathan said. The chairman said Roslan could present his evidence from home.

The burden would be on Roslan to start off by presenting his case but Sivanathan doubted he would be able to do so in his current state of mind.

Sivanathan said “the man is now in quarantine for suspected Covid-19, surely he will be in an anxious and disturbed state of mind. What is the urgency of going ahead when the case has been postponed three times?”

He urged the court and the human resources ministry to postpone the case.

Sivanathan said MTUC is not in favour of industrial cases being heard at virtual hearings, especially those involving B40 (low-income) workers. A physical hearing is best, he said.