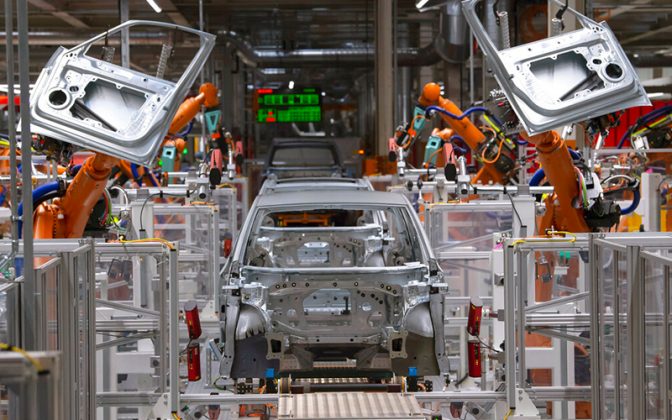 PETALING JAYA: A unionist has accused Putrajaya of looking out for the business community in the government’s push towards automation under Industry 4.0 (IR 4.0), while a former union leader says the private sector hasn’t done enough to prepare employees for it.

National Union of Bank Employees (NUBE) general-secretary J Solomon said the government was playing God in the push for IR 4.0 by repeating the mantra espoused by employers that job losses were inevitable.

He said some 3,000 people had been retrenched due to digitalisation.

It did not help that unions were not consulted and workers were left in the lurch, he said.

Solomon said the government had forgotten that its fundamental role was to look after the interests of the population and not just the business community.

“Unfortunately, the politicians are more interested in portraying that they are good businessmen rather than a good government for all citizens,” he said in an interview in conjunction with Labour Day.

He said while NUBE was not opposed to digitalisation or automation, employees must have access to retraining and upskilling courses in order for them to keep their jobs.

Solomon said that while some banks carried out such programmes, others, notably multinational and certain local banks, have been using automation and digitalisation as an excuse to reduce the workforce, primarily Malaysians.

There are concerns that similar excuses will be used in other sectors, especially the SMEs which have been given special focus for automation and digitalisation under Budget 2021.

Solomon said the government and Bank Negara Malaysia had refused to engage NUBE before designing an action plan for automation and digitalisation.

“They continuously engage the employers and force banks to impose automation and digitalisation in the banking industry without taking the B40 and M40 workers along in the journey of IR 4.0.”

“It is like when automobiles were invented, it led to horses and horsemen being fired when they could have been repurposed or trained to work in other areas,” he said.

Employers, he said, preferred to hire fresh graduates rather than train and reskill existing workers.

However, Arunasalam acknowledged that a majority of employers do not have large enough budgets for such purposes.

While the government does provide skills training and education under the Human Resources Development Fund, it was insufficient to meet the changing needs in the technological sphere.

He said the private sector could play a significant role to supplement government efforts to develop a skilled labour force, but it does not, playing only a “meagre role”.

Arunasalam said employment security for the vulnerable segment of the workforce due to IR 4.0 is a real threat.

“Workers should not be left in the lurch due to changes caused through the introduction of IR 4.0. They should be protected.”