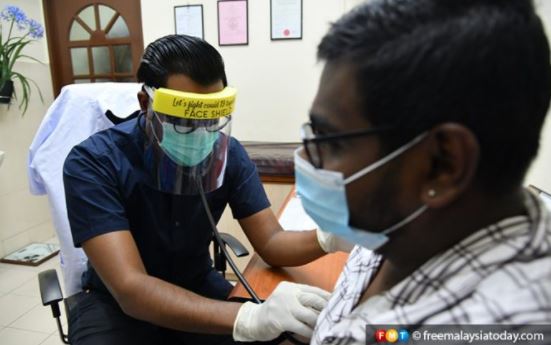 He said proposals to amend the contract doctor scheme are being prepared and will be presented to the Cabinet soon.

He also reiterated that permanent positions were awarded based on merit and their performance in their Masters’ degrees.

“Because of that, I ask all doctors under the contract scheme to remain patient and calm,” he said in a joint press conference with science, technology and innovation minister Khairy Jamaluddin today.

“It is nearly the same pay and grade as those appointed as permanent doctors, there is not much difference. However, the matter will be brought up to the Cabinet and a decision will be made not long from now.”

A social media campaign, known as #HartalDoktorKontrak, has called for contract doctors to go on strike at the end of next month if the government fails to resolve the issue of their permanent placement.

The Malaysian Medical Association (MMA) and its section for housemen and medical officers (Schomos) have also initiated a Code Black campaign in support of junior doctors.

From July 1 to 12, individuals or companies are encouraged to change their logos or social media profile pictures to black or monochrome. On the final day, people are asked to go to work dressed in black.