Forced labour not ‘out of control’ in Malaysia, says senior cop 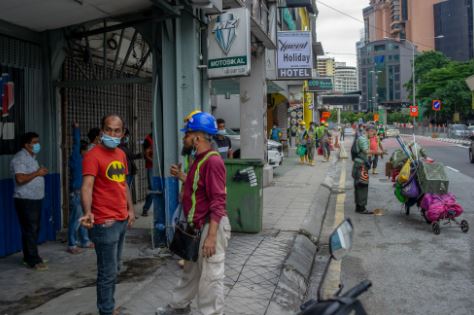 KUALA LUMPUR, June 30 ― Forced labour in Malaysia is not a widespread problem or “out of control”, a senior police official told Reuters on Wednesday, even as US sanctions are being applied against several companies in the country over allegations of modern day slavery.

The United States has banned three Malaysian companies in the last year, citing the suspected presence of forced labour including abusive working and living conditions.

Azry Akmar Ayob, who is with the Malaysian police’s anti-trafficking in persons and anti-smuggling of migrants division, said that such labour issues were not widespread.

“I don’t think the seriousness of forced labour in Malaysia is out of control” said Azry Akmar, an assistant commissioner of police.

“Most of the cases happen because of the lack of knowledge by the company owners (on issues of forced labour) and the companies neglecting to produce a better condition for workers to work in.”

The police found 62 cases of forced labour last year, mostly in the service and manufacturing sector, and less than 10 so far this year, the official said.

The issues found included abuse of vulnerability, workers’ restriction of movement, retention of identity documents and withholding of wages, he said.

Azry Akmar said the cases included individuals and companies, but declined to identify them.

Malaysia has faced accusations from its own human resources ministry as well as overseas authorities over labour abuse at its factories, which rely on millions of migrant workers to manufacture everything from palm oil to medical gloves and iPhone components.

In May, Canada said it was investigating allegations of forced labour in Malaysia’s palm oil and glove manufacturing industries. ― Reuters