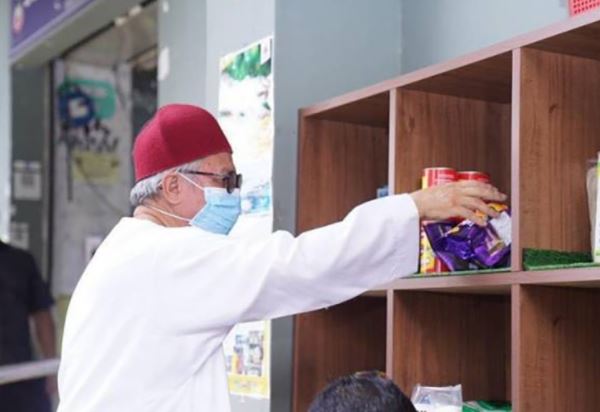 KUALA TERENGGANU: The government, through collaboration between various ministries and agencies, will tackle the issue of depression that has led to suicidal behaviour among some individuals.

Minister in the Prime Minister's Department (Religious Affairs) Datuk Seri Dr Zulkifli Mohamad Al-Bakri said the issue of depression leading to suicides had been discussed in the past few months by various parties, including his ministry, the Health Ministry and the Women, Family and Community Development Ministry.

"We will also collaborate and do our very best. Because out there, there are many religious people who say their method is the best while counsellors say theirs is the best. So to me, it's better we all pool our efforts together," he told reporters at the Tepoh constituency service centre here today.

Zulkifli said he also planned to meet individuals suffering from overwhelming depression or stress to better understand and try to solve their problems.

Health director-general Tan Sri Dr Noor Hisham Abdullah, in a statement yesterday, had urged Malaysians to be more aware and conscious of their family members and people around them to identify early signs of depression that could trigger suicidal behaviours.

He said the COVID-19 pandemic had deeply impacted the mental health of every individual worldwide, including in Malaysia.

Dr Noor Hisham said the Royal Malaysia Police (PDRM) found that there was an increase in suicide cases reported in 2020, with 631 compared to 609 cases in 2019. As of March 2021, police have received a total of 336 reported suicides.

Zulkifli also said various methods could be used to ensure the targeted group received immediate help and depression due to stress could be overcome, including raising a white flag in the front of the house.

"We will do everything. We will pray, we will carry out initiatives, we will go to the ground and, most importantly, we need to save as many as we can from being mired in issues like overwhelming stress.

Zulkifli had earlier presented 200 packs of food and basic necessities from Yayasan Dakwah Islamiah Malaysia (YADIM) to Tepoh assemblyman Hishamuddin Abdul Karim to be distributed to those in need.