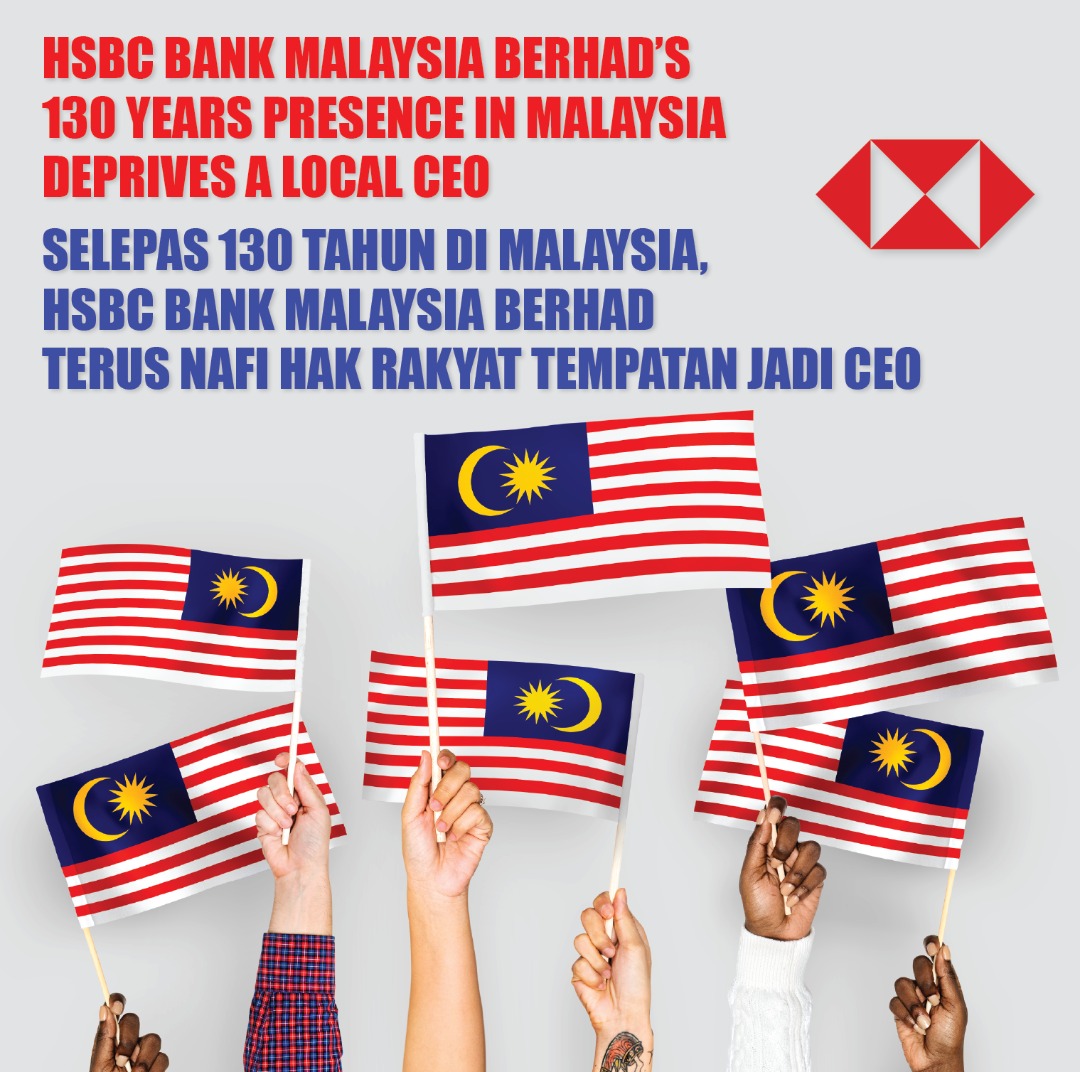 Yet, during these 130 years, HSBC Bank Malaysia has not found it fitting for a Malaysian to assume the role of a Chief Executie Officer (CEO), despite proven Malaysian talent heading some of the largest conglomerates both locally and internationally.