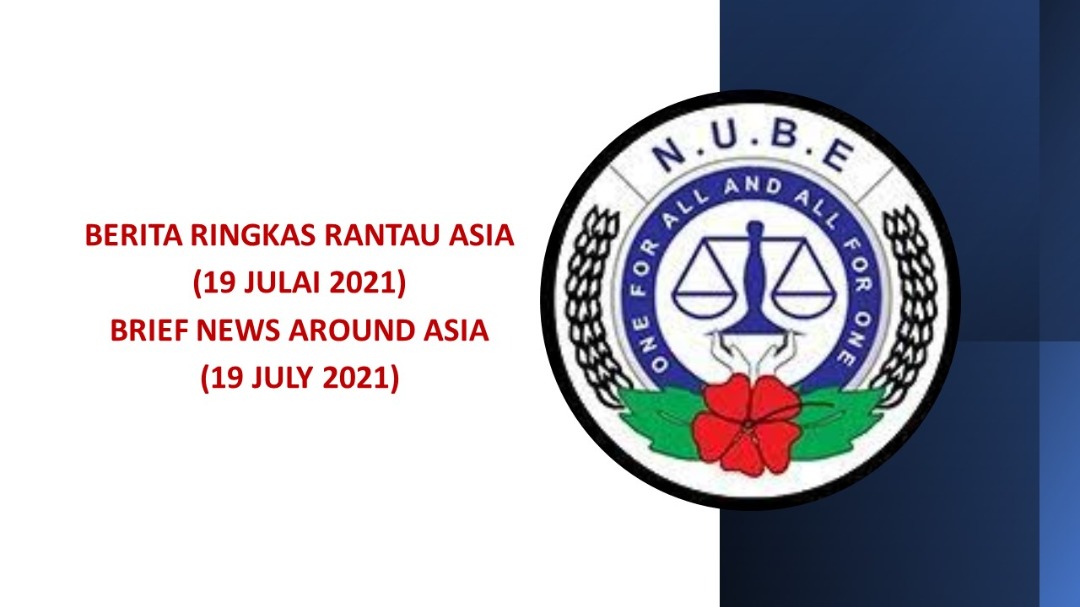 1. China-U.S. tensions keep moving up and China dismissed US warnings last week that it is risky doing business in Hong Kong as pure nonsense.

US has claimed that the Asian nation’s push to exert more control over the financial hub threatens the rule of law and endangers employees and data.

AmCham’s Hong Kong President Tara Joseph has sought assurances from China that laws providing unrestricted internet access and the free flow of information will be preserved following the Biden administration’s warning about operating in Hong Kong.

2. Speaking of wealthy people, China's tech tycoons are giving away money. Xiaomi co-founder Lei Jun handed over $2.2 billion of shares in the smartphone maker to two foundations, and Meituan's Wang Xing and ByteDance's Zhang Yiming gave away parts of their fortune to charitable causes last month. The donations come amid mounting regulatory scrutiny from Beijing.

3. Saudi Arabia and the UAE have poured oil on troubled waters. Both made a deal, paving the way for OPEC+ to boost crude supply by 400,000 barrels a day each month from August. The hike will continue until all of the cartel's 5.8 million barrels a day of halted output is revived.

The world has an abundance of crude but a shortage of capacity to absorb its emissions. Any producer with a lot in the ground and the ability to live with lower prices would be crazy to hold back forever.

The Saudi-UAE truce puts an end to a diplomatic spat that had revived speculation the UAE would leave OPEC last year they have now made up, but critics say it may not last.

4. US Rising star Tennis Player Coco Gauff at her first Olympic appearance has tested positive for Covid and is out of the Tokyo Olympics which will officially be launched on 23 July and ends 8 August 2021. Olympics sponsor Toyota won't air TV ads during the games and its president won't attend the opening ceremony.

5. Money can't buy happiness, but Wall Street is crossing its fingers that it might stop staff from quitting. Turnover and burnout are accelerating, and banks have tried to turn the tide with raises, bonuses, vacations and even free Pelotons. But the pay gap compared with other employers like technology firms has still narrowed, upping the stakes, especially as more young finance employees speak out about gruelling workloads.

6. Singapore has responded to the latest virus outbreak with a meticulous curation of dos and more often don’ts. There's little indication the latest measures are informed by the government's new guiding philosophy of living with the virus. The inability to see the bigger picture has become the country's vulnerability time and again.

The Singapore dollar fell to an eight-month low on concern of a resurgence of infections in the city. New virus cases spiked to 88 yesterday. Still, Singapore dollar is outperforming its Southeast Asian peers.

7. Asian stocks fell to a one-week low on concerns about the impact of virus outbreaks and elevated inflation on economic prospects. The CSI 300 and FTSE Malay KLCI bucked the down trend in the region. The rally in Treasuries continued with benchmark yields slipping further below 1.3%, and oil slipped after an OPEC+ supply deal.