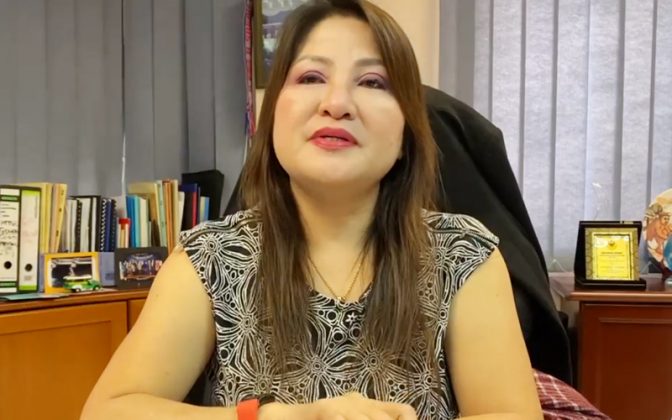 KOTA KINABALU: Another controversy could be brewing in the Malaysian Trades Union Congress (MTUC) besides a leadership tussle after claims emerged that it is looking to reduce Sabah and Sarawak representation on the Social Security Organisation (Socso) board.

This is after a call by Sabah MTUC to its central body to maintain the seats for the Sabah and Sarawak representatives on the Socso board.

Sabah MTUC secretary Catherine Jikunan said there is talk that the leadership in Kuala Lumpur will be combining the positions allocated to the representative from each state in the board into one, who would then be called the “Borneo representative”.

“But our concern is that we are hearing the position will be filled by a representative from the peninsula instead of an MTUC person from either Sabah or Sarawak,” Jikunan told FMT, adding that the central body has remained silent over the issue despite talk being around for some time.

Jikunan said the creation of a “Borneo representative” to represent the two states is not what the regional branch unions want at all.

She explained that the representative system in Socso, among other bodies, is based on the tripartite partnership among employers’ organisations, trade unions and the government.

This, she said, has been the practice in any tripartite cooperation since the country’s formation.

“As such, we urge our MTUC leadership in the peninsula to respect the Sabah and Sarawak representation on the board. We oppose any idea of a ‘Borneo representative’, who will subsequently be someone from across the pond.

“We are hearing the excuse being bandied about is that the peninsula is large, but that is not the issue. The issue is this has been our practice all this while (having MTUC representatives from Sabah, Sarawak and the peninsula on the board).”

Jikunan said each region has its own set of labour ordinances and each is not supposed to overstep its jurisdiction.

She said that Sabah MTUC has become more anxious after state chairman Awang Ali Ahmad Raji’s tenure as the Sabah representative on the Socso board was terminated some two months before his term was supposed to end on July 31.

She said the position is now temporarily held by someone from the peninsula until the term officially runs out.

“Why terminate the tenure before his time? That means Sabah doesn’t have a seat there now. We are worried that this could be a sign of things to come in future.

“We can’t let outsiders speak for us. We have employers’ and government representatives from Sabah on the Socso board but none from the state MTUC – this is unfair,” she said.

She said that Sabah MTUC has renominated Awang for the seat, which is a two-year appointment, but will only know the decision when the new appointment is made on Aug 1.

Jikunan, who also sits as the state MTUC representative on the Employees Provident Fund (EPF) board, claimed that there was a similar move on the EPF board but it did not materialise, at least for the time being.

“I was reappointed to the board after we fought for the seat,” she said.

She said the state union has informed the Sabah government and the human resources ministry about the Socso representation issue but has yet to receive a response.

She hoped the state government would lend its voice over the matter by affirming that the representatives should be from Sabah and Sarawak.

Besides Socso, Jikunan said, the Sabah quota in the Employee Insurance Scheme, which is managed by Socso, the national labour advisory council and the national wages consultative council has also been taken up by peninsula Malaysians.