Maybank did not apply for digital banking licence as digital journey began in 2014: Group CEO 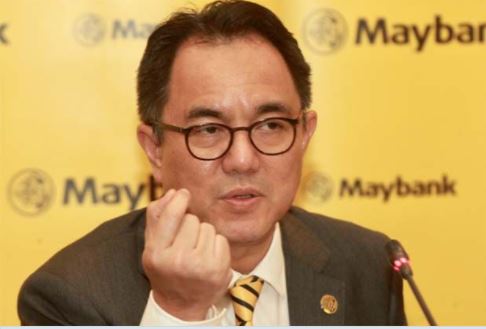 (Maybank) did not apply for Bank Negara Malaysia’s (BNM) digital banking licence as it has embarked on the journey since 2014, says group president and chief executive officer Datuk Abdul Farid Alias.

"Our journey for digital banking did not start last year but in 2014, and we do have the option to introduce digital banking under the licence we have right now, so we do not have to apply one,” he told a virtual media briefing after presenting the group’s performance for the first half of 2021 (H1 FY21) here today.

The digital banks must also be customer-focused, technology-driven and inclusive, it said.

"BNM also requires digital banks to safeguard the integrity and stability of the financial system, as well as depositors’ interests via compliance of its regulations and capital requirements, which Maybank already meets,” it added.

Last month, the central bank announced that it had received 29 applications for a digital bank licence following a six-month application period ending June 30, 2021. Up to five licences may be issued, and notification of successful applications will be made in the first quarter of 2022.

Asked if Maybank could function similarly to the five digital banks receiving the BNM licences, Abdul Farid said it depended on what services that these banks would offer, as the intention of every player was different, with some perhaps doing it for free to get data from customers.

"A lot of people, when they go for digital space, they go for payment (service), and we have a lot of e-wallet (players) in the country. But you see that none of them is making money, as they are burning cash.

”But for us, one of our primary functions is to lend to the consumers in the real economy, and lending is a risky business which involves liquidity and capital,” he said.

On the loan growth outlook for FY21, Abdul Farid believed that it would slow down in the third quarter ending Sept 30, 2021, due to the nationwide lockdown, but he was hopeful that the growth would pick up again in the remainder of the year.

Moving forward, Abdul Farid expected the group’s net interest margin (NIM) to expand between 10 basis points (bps) and 15bps, supported by lower deposit cost and the assumption of no interest rate cuts in 2021, while the cost income ratio (CIR) would range between 45 per cent and 46 per cent on moderate income growth.

He said the group remained cautious on potential asset quality slippages given uneven economic recovery for some key ASEAN markets due to continued lockdowns in H2 FY21 and extension of repayment assistance packages.