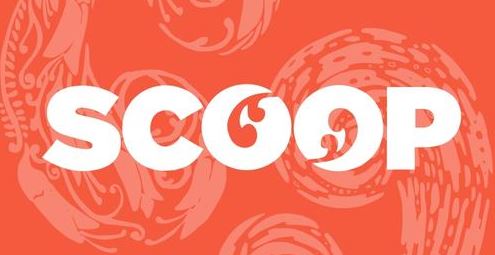 In recent months the HKCTU and its member organisations have faced unprecedented attacks, intimidation and allegations of offences under the national security law. The personal safety of union leaders has also been threatened.

The HKCTU’s decision is part of the process of the dismantling of civil society in Hong Kong since the enactment of the national security law in July last year.

UN human rights experts have stated that China’s law on ”Safeguarding National Security in the Hong Kong Special Administrative Region” does not conform with international human rights treaties. The use of national security terminology in the law criminalises rights enshrined in the International Covenant on Civil and Political Rights.

Sharan Burrow, ITUC General Secretary, said: “Since its foundation over 30 years ago, the HKCTU has made enormous contributions to improving life for people in Hong Kong through obtaining improvements in labour legislation, wages and social protection.

“It has stood shoulder to shoulder with working people in other countries facing repression. It now has no option but to disband itself, depriving workers of vital protections guaranteed in international law.

“We condemn the prosecution and imprisonment of trade union leaders as well as the recent threats against Hong Kong trade unionists. The Chinese authorities have also alleged that the HKCTU’s affiliation to the ITUC and its legitimate cooperation with unions from other countries involves collusion, even though international affiliation and cooperation are protected under ILO Convention 87 on Freedom of Association.

“It is deeply troubling that the ongoing campaign unleashed by Chinese state-owned media to label domestic and international trade unions, labour advocacy organisations and activists as foreign agents under article 43 of the national security law will force more trade unions and labour organisations to sever their links with their international counterparts.”

Since August, the Hong Kong Professional Teachers’ Union, the General Union of Hong Kong Speech Therapists and the Hong Kong-based labour advocacy organisation, the Asia Monitor Resource Center, have decided to disband themselves.

The HKCTU General Secretary, Lee Cheuk Yan, who is serving prison sentences for taking part in public assemblies, faces fresh charges of inciting subversion in his capacity as the chair of the Hong Kong Alliance in Support of the Patriotic Democratic Movements in China. The latter has been the leading organisation enshrining the principle of One Country, Two Systems in Hong Kong where different opinions, diversities and fundamental freedoms should be respected.

In June this year, the ILO Conference Committee on the Application of Standards called on the authorities to take all necessary measures to further guarantee the right for workers’ organisations to organize their activities in line with ILO Convention 87. The Committee on Freedom of Association (CFA) of the ILO in June 2021 requested the Government to ensure that trade unionists are able to engage in their activities free of violence and intimidation and within the framework of a system that guarantees the effective respect of civil liberties.

The ITUC is calling on the Chinese and Hong Kong authorities to cease prosecutions and intimidation of trade unionists and advocates for fundamental freedoms, and to release those who have been imprisoned.

"This year the authorities pledged at the ILO to respect the ILO standards applicable to Hong Kong, but that was an empty promise. The ITUC and the entire international trade union movement stand in solidarity with their sisters and brothers in Hong Kong and we will continue to fight to ensure that their fundamental rights are respected,” added Sharan Burrow