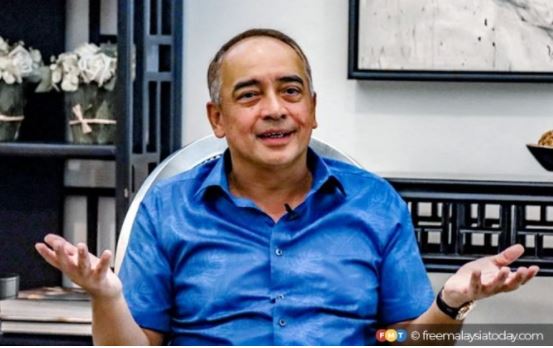 PETALING JAYA: Malaysia’s plural society is by nature “difficult to manage”, according to former CIMB Group chairman Nazir Razak, who says the problem has led to matters of race clouding other issues and the push for reforms.

Nazir said that the problem of racial and religious narratives holding back reforms is not unique to Malaysia, and is a speed bump that many similar, young democracies have faced.

“What we have seen all over the world is that in plural societies, when democracy tries to evolve, it has difficulty because every reform or improvement gets attacked by vested interests, and the attack becomes effective because it is invariably wrapped in race and religious narratives.

“We saw this with Najib’s (Najib Razak) proposal for a needs-based affirmative action back in 2009. That was major, and it was killed at the beginning,” he said, referring to the policy initiative of his elder brother Najib when he was prime minister.

”And then we had fairly benign reforms, like under PH we had the (recognition of the) UEC (Unified Examination Certificate), you had the desire to sign ICERD (International Convention on the Elimination of All Forms of Racial Discrimination) for instance, pretty benign reforms, but still they could not be done as they were attacked because one community felt they were disadvantaged.”

He said that the stoking of racial tensions had blocked reformists of the past making their planned reforms a reality.

“If you remember at the beginning of his administration, Najib was the transformation PM. And you remember when Mahathir 2.0 came in, they had the Pakatan manifesto, which (aside from) fixing everything under the sun, (had) this incredible, long list of reforms.

“Even Pak Lah (Abdullah Ahmad Badawi) was a reformist prime minister in the beginning.

He said that with some constituencies, where almost 90% of the electorate was from one racial group, it was only natural that politicians would “play to that gallery”.

Nazir said it was worth asking if there is a better way in the current political situation to carry out the reforms needed by the country.

“In (this) kind of setting, it’s always best that the reforms are all put on the table, and deals are then cut between groups.

He proposes that a consultative council, which he dubbed the Better Malaysia Assembly, composed of a wide group including ordinary members of the public, be formed to work on reforms.

This council would emulate the National Consultative Council established in 1971, following racial riots in 1969, which devised new policies and programmes to calm racial fears and help the country thrive in the following years.

“We need to have a process, where the people from all sides, and I would recommend that the government, the leader of the opposition, as well as NGOs, come together and go through a discussive process of selecting the right people to constitute this assembly, and I would like people of all types, not just intellectuals.

“I’d like the vast majority of Malaysians to look up to this council and say ‘Okay, at least one or two or more people are people I thoroughly respect, and I can believe, and then, by extension, I feel included in that process.’”

He said forms of inclusive deliberative democracy had already been seen in places like Ireland, where members of the public were brought in to deliberate on issues, eventually leading to the landmark referendum that legalised abortion in the Catholic state.

The kind of representative democracy practised in Malaysia must be questioned, he said, as there are flaws in a system where a single elected representative is tasked with voting in the interests of their entire constituency.

“And our version of representative democracy, if I vote for you for the next 5 years you vote on my behalf on everything.”

“The system we inherited in 1957 was because we were a British colony, there was no rhyme or reason why we needed that system. In those days, the Brits thought their system was the best. But is it right for a Malaysia of multiracial composition, of our history, etc? I think it is time for us to reflect on these kinds of questions.”