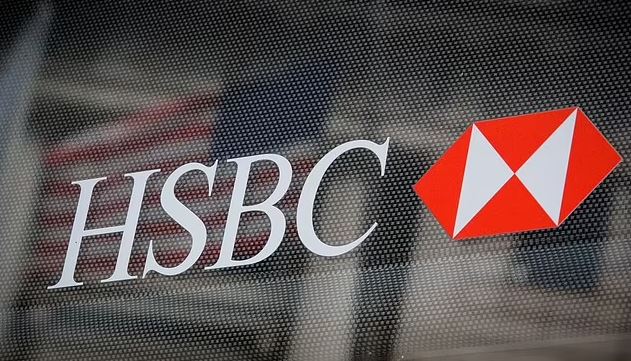 . HSBC's online banking system and app both crashed earlier this morning
. A number of customers complained of being unable to access their accounts
. HSBC customers first began experiencing issues at around 9:30 BST
. MailOnline has approached the bank to find out what is causing the problems

According to Down Detector, which monitors website outages, hundreds of users began experiencing issues at around 9:30 BST.

An HSBC spokesperson told MailOnline that the issue had been resolved and the 'service is stable' at 11:30am on Monday.

MailOnline asked the bank about the specific cause of the relatively short outage, but the spokesperson said they could not share any detail on this as yet.

'We have identified the likely root cause in fully recovering the service, but further investigations are underway,' the spokesperson said.

A number of people took to social media to express their frustration, saying they had trouble logging in both online and through the HSBCnet app.

Another added: 'Is there a problem with HSBCnet this morning? I am unable to logon anywhere…'

One user, Christina Sleight, tweeted: 'Is HSBCnet down?'

Earlier, HSBC had acknowledged the problem but said it was only affecting online banking platform HSBCnet and not retail customers.

A spokesman said: 'The account access issues seen by some business customers lasted for less than half an hour, though some intermittent issues remain so customers may have to retry. We are working to resolve these residual issues.

'We apologise for any inconvenience caused.'

Down Detector gets network status updates from various sources including social media and reports submitted to its website.

Reports started to surge at around 9am on Monday morning, peaking at more than 300 at about 10:30am.

The majority of issues reported – 63 per cent – related to online banking, while a further 31 per cent were specifically about an inability to log in, according to Down Detector.

Reports had fallen to just 28 at around 11:15am, coinciding with HSBC's announcement that the issue had been resolved.

Also on Monday, HSBC announced a 74 per cent jump in third quarter profit, allowing it to announce a share buyback of $2 billion.

The Asia-focused bank posted pretax profit of $5.4 billion for the quarter to September, which compares with $3.1 billion a year prior.