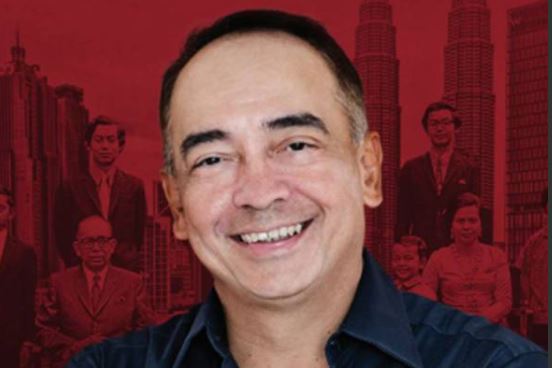 May it please Your Majesty, we, the undersigned, write to propose the formation of a deliberative platform under the auspices of the Conference of Rulers to deliberate and recommend systemic reforms towards a better Malaysia: one that is politically more democratic and stable; economically more dynamic and conditioned to face pressing challenges such the 4th Industrial Revolution and climate change; and socially more just and aligned with our original aspirations of becoming a nation of Malaysians. We propose that such a platform be named the “Better Malaysia Assembly”.

Our prevailing system remains essentially the one designed in the early 1970’s, following deliberations by the National Consultative Council (NCC). Reforms such as amendments to the Sedition Act and affirmative action were innovative ways to cater to the needs of the nation at that time. But these reforms were not designed to last indefinitely, and, in the case of the New Economic Policy (NEP), a 20-year term limit was set.

This national reset took place over 50 years ago, and even though so much has changed for Malaysia and Malaysians, the system remains substantially in place.

In its early years, the new system was largely successful, bringing much needed political stability, accelerating economic growth, reducing poverty and rebalancing wealth between communities. But the system also had negative side effects, namely heightened corruption, the hardening of identity politics and concentration of power, which grew in prominence as the system was prolonged.

These negative side effects feed on to each other and are at the heart of Malaysia’s systemic dysfunctions today. Furthermore, the system grew resistant to reforms: the Abdullah Badawi, Najib and second Mahathir administrations all began with promises of substantial reforms, but failed to achieve material change.

In many instances, piecemeal reform proposals were quickly given racial or religious overtones by vested interests and effectively resisted.

The evolution of democracy is particularly challenging in plural societies in which identity, more than anything else, determines political allegiances. Progressive reforms are often hampered by debates over which community benefits and which one loses.

We also witness increasing frustration with representative democracy for failing to address major structural issues, mainly because parliamentarians tend to prioritize the short-term interests of political parties and their own re-election.

There has concomitantly been a global trend of establishing deliberative platforms to deal with complex structural issues. In a recent survey, the Organization for Economic Co-operation and Development (OECD) found 289 such platforms across the world working in tandem with established institutions and existing democratic processes.

These platforms are typically dominated by intellectuals and randomly selected citizens, and thus are generally devoid of political grandstanding, and focused on the nation’s long-term best interest. Research has shown that these settings enhance consensus building: people with opposing views are more inclined to look for common ground, and those with conflicting interests look for compromise solutions.

In the Malaysian context, we are more likely to find solutions to contentious issues such as the future of affirmative action and vernacular schools, when these issues are discussed outside the arena of partisan politics, and are considered together rather than in isolation. Indeed, this approach enabled us to successfully rebuild this nation after the May 1969 crisis.

According to official national data, Malaysians suffered more from COVID-19 in both healthcare and economic terms than did their counterparts in most nations.

The NCC was set up in 1970 in response to the crisis of May 13th; yet the COVID-19 crisis of 2020-21 has resulted in substantially more damage to the lives and livelihoods of the rakyat.

Was this largely the result of a failure of leadership or the system? Since the 1990s, many administrations have tried but failed to reform the system, and more recently we have had four different Prime Ministers in just 4 years: it is difficult not to conclude that our current system is no longer fit for purpose.

We have the utmost respect for the efforts of Your Majesty and the Conference of Rulers to encourage our politicians to prioritize the pandemic and recovery efforts.

We also wholeheartedly welcome the recent initiative, the “Memorandum of Understanding on Political Stability and Transformation” (MOU), to bring near term political certainty and democratic reform. Nevertheless, the scale of our systemic problems requires far more wide-reaching reforms that are unlikely to come from our existing political processes.

Indeed, the reforms listed in the MOU will not address the major root causes of our systemic problems. For instance, endemic corruption is derived from political funding and the nexus between business, politicians, political parties and an economically active state. In order to stem corruption, we would need a reconfiguration of all those parts of the system, their linkages, and develop truly independent institutional oversight.

The proposed Better Malaysia Assembly is the first step in a much-needed comprehensive national reset. It would focus on:

• deliberations and recommendations on how our democracy, institutions and economy should function, including but not limited to issues of electoral system, political funding, federal-state relations, role of institutions, affirmative action and education

The recommended reforms will be arrived at after closed-door deliberations and through consensus by the assembly members, who would comprise non-partisan thought leaders and representatives of various social segments and stakeholders. We estimate the deliberations to take between 18-24 months.

The recommendations of the Better Malaysia Assembly would be submitted to Parliament for consideration and debate and a Parliamentary vote, and Parliament’s decision would then be subject to the endorsement of Your Majesty. This process will not undermine but instead, enhance our democracy.

Malaysia has in the past seen a number of councils to deliberate various issues, including the NEP, vernacular schools, institutional reforms and national unity.

However, members were selected by and reported to the Executive Branch, and there was no compulsion for the recommendations to be followed through.

For the Better Malaysia Assembly, aside from tabling recommendations directly to Parliament, we propose that its composition be decided based on a pre-agreed balanced representation of groups via a process involving the Prime Minister, the Leader of the Opposition and the most respected civil society leaders. Any deadlock over the selection of members will be presented to the Conference of Rulers for its final decision.

The Better Malaysia Assembly should also seek to leverage on technology to engage the public in unprecedented ways, in order to enhance the quality of its deliberations and sense of national inclusivity.

Malaysia is at a crossroads and time is of the essence.

Technological and industrial transformations are creating conditions in which countries either leapfrog more advanced ones or fall by the wayside. Success belongs to those who seize the initiative, first and foremost by ensuring domestic socio-political strength and economic dynamism. Malaysia cannot hope to compete without a comprehensive national reset.

We respectfully submit to Your Majesty and the Conference of Rulers to endorse the formation of the Better Malaysia Assembly. We would then seek to work with the government, the opposition and key NGOs on the details and processes.

We remain your most humble and dedicated citizens and our representatives would be honored to have the opportunity to present this proposal in person to Your Majesty and the Conference of Rulers.

On behalf of the following (in alphabetical order) in their personal capacities: