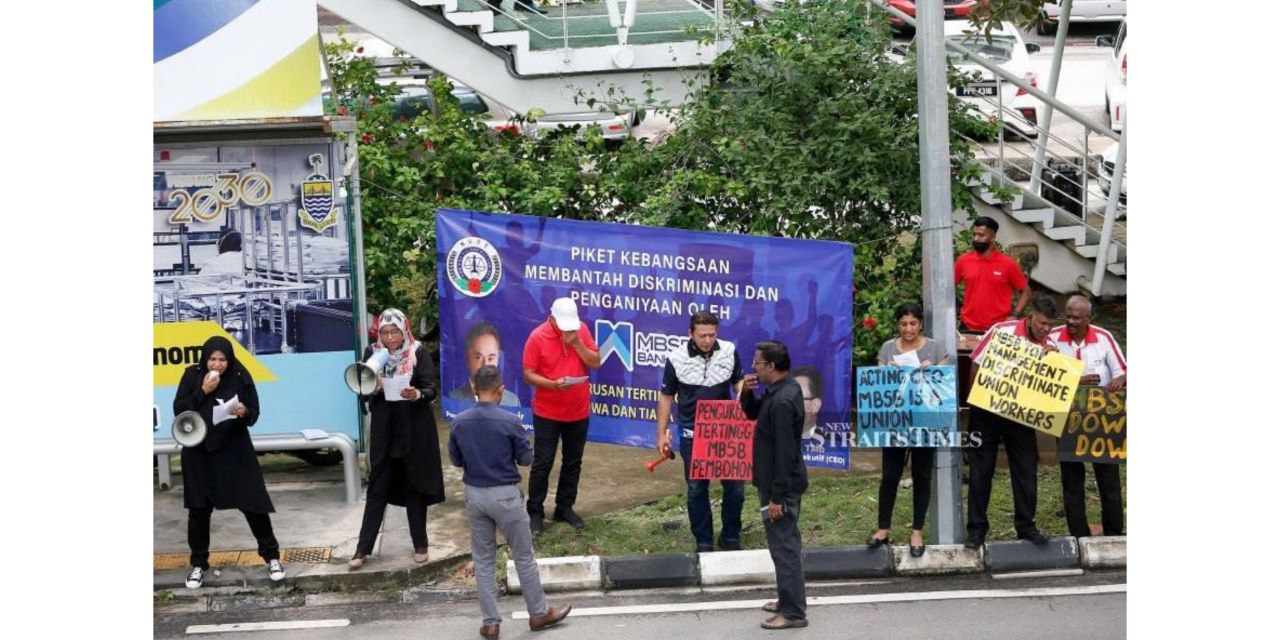 It was protesting against the alleged actions of the bank's top management relating to issues of discrimination, violation of collective agreements, disrespecting the harmony in industrial relations, denying workers' rights and harassment of union members.

Nube Kuala Lumpur, Selangor and Pahang branch honorary secretary A. Karuna also pressed for the Employees Provident Fund, as a major shareholder of the bank, to dismiss the bank's top officials.

"Nube had no choice but to hold this picket since the bank's top management deliberately refused to resolve the employees' grievances and adopted an uncivilised attitude towards its B40 employees," said Karuna, who is also Nube national assistant general-secretary.