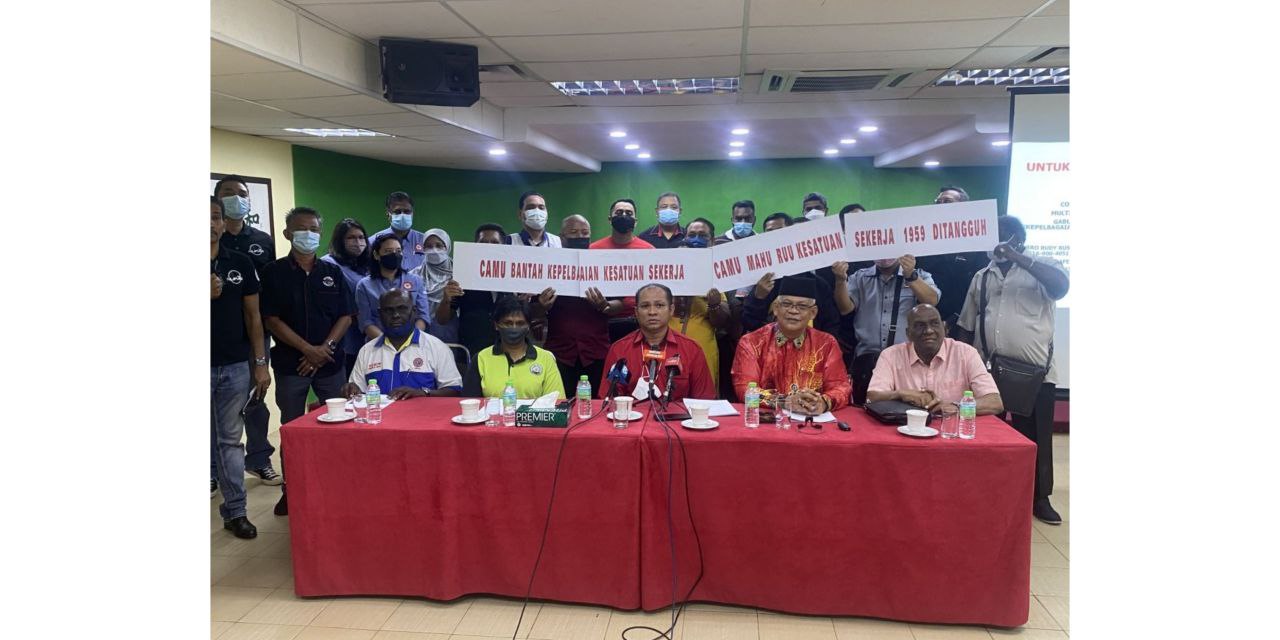 KUALA LUMPUR: The government has been urged to postpone the tabling of the second reading of the Trade Union Bill that was prepared without prior consultation with various stakeholders.

The Coalition Against Multiplicity of Unions (Camu) president Rudy Rusly said the coalition views the government’s reluctance to discuss amendments with unions as unwarranted.

He said a memorandum had been delivered to Prime Minister Datuk Seri Ismail Sabri Yaakob on July 2, urging the government to postpone the tabling of the Bill and for a proper discussion to be held with unions prior to the tabling.

A letter was also sent to the Human Resources Ministry, members of Parliament as well as political parties.

"So far we only received response from two parties, we are meeting DAP leaders on Monday (July 18) and Opposition leader, Datuk Seri Anwar Ibrahim on Tuesday (July 19)," he said in a press conference held at the Nation Union of Bank Employees House at Brickfields, adding that Camu was still waiting for a response from the authorities.

Camu also reiterated that they strongly objected to the government's decision to introduce more unions as this might weaken the voice of existing unions.

"A multiplicity of unions will create competition between them, trigger instability, disharmony and division in the workplace, and encourage the act of 'stealing' members among trade unions.

"It will also weaken or cause delay in the unions’ collective agreements," he added.