NUBE extends condolences to the family Members of the Late Tun Samy Vellu. A great legendary leader for MIC... 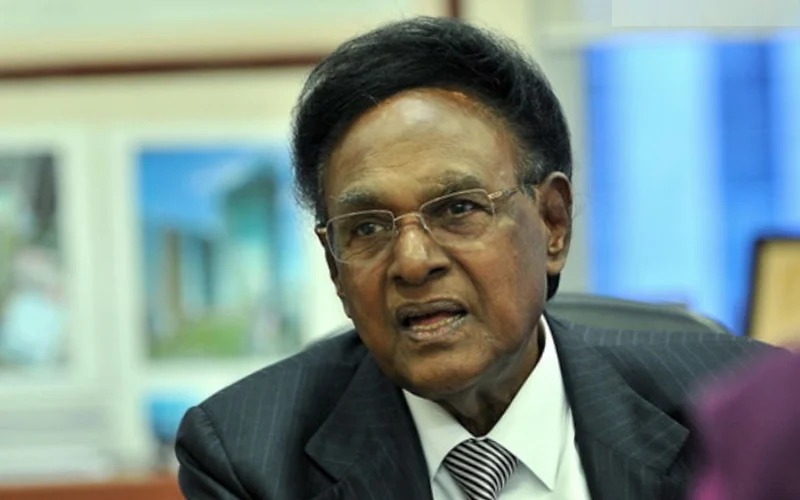 “It is with great sadness and a heavy heart that I received the tragic news of the demise of Tun Samy Vellu, the former MIC president and a legendary minister in the Malaysian Cabinet, from his son, Vell Paari,” said former MIC president Dr S Subramaniam in a Facebook post.

“To many of us, he was the ultimate mentor.”

He was the longest-serving MIC president after holding the position for 31 years from 1979. Samy Vellu served under three prime ministers during his time in the Cabinet – Hussein Onn, Dr Mahathir Mohamad and Abdullah Ahmad Badawi.

He was also one of the longest-serving ministers, having been in the Cabinet for 29 years.

His former press secretary, E Sivabalan, said those who wish to pay their last respects may do so from 2pm at Samy Vellu’s residence at 19, Lengkongan Vethavanam, Batu 3 1/2, Jalan Ipoh, 51100 Kuala Lumpur.

The cortege will leave at 3pm tomorrow and arrive at the DBKL crematorium in Cheras at 4pm, he said in a statement.