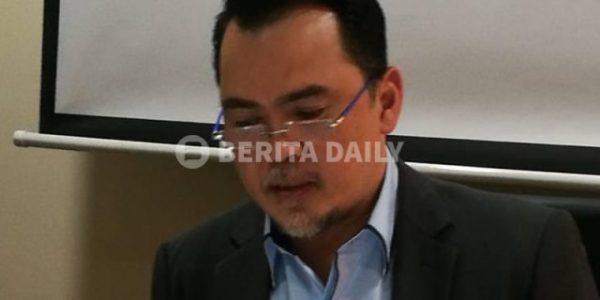 “There are three males and two females. The ideal weight for male is 67kg. One of them 53 is years old, 1.75 metres in height and 80kg in weight,” Ismail said during a press conference held at the union office here.

He accused MAS chief executive officer Peter Bellew of discriminating against the laid- off workers.

“They have 20 years’ experience. Where are they going to get a job at this age? The termination must be based on proper grounds. This is clearly discriminatory by MAS airlines under its new CEO.”

Ismail said there is no law that stipulates overweight as a ground for dismissal and called for the intervention of Human Resources Minister Richard Riot in the matter.

“They claimed it is a policy for termination but there is no law that states weight as a reason for termination. We demand the minister to intervene,” he said.

According to a letter from MAS, the termination was done after the weight was monitored for a period of four months from January to April this year.

The final weight check was conducted on June 30. The five were finally laid off two weeks ago.

He also questioned the delay by the Human Resources Minister in acting on the case of 6,000 MAS employees who were laid off several years ago.

“About 3,700 employees filed their cases and it is still awaiting the minister’s referral to the court. Are they supposed to wait until MAS airlines winds down?”

On MAS plans to purchase 25 Boeing aircraft as announced by Prime Minister Najib Razak which Bellew said would be by lease, he questioned whether it would be wise.

Ismail said that Singapore Airlines is ranked number two despite having old airplanes, whereas MAS is among the top 30 in ranking.

“We don’t want to see the planes parked in KLIA,” he added.

On another matter, he took the Transport Ministry to task for approving the operations of several new airlines.

“What happened to FlyMojo that was talked about several years ago? The industry is supposed to be creating jobs for 1.4 million people. Why is the licensing delayed for Bayu Airlines and Suasa Airlines?”