Committing EPF money to help the US is unjustified 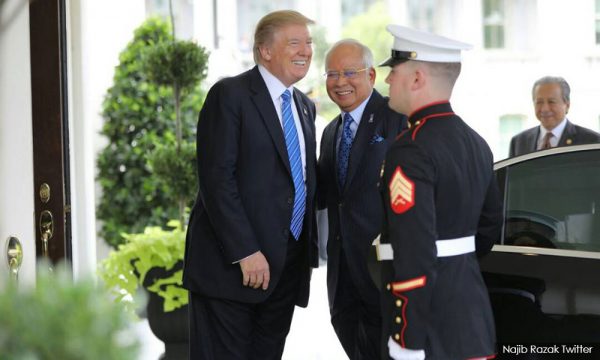 The Malaysian Trades Union Congress (MTUC) is unable to comprehend the fact that almost RM17 billion from the Employees’ Provident Fund (EPF) is going to be invested into the United States to help its president strengthen the US economy.

Is the US as a superpower and the world’s largest economy in such desperate need of Malaysian workers’ hard-earned retirement savings?

In a globalised economic climate, we neither resist nor dispute the government entering into international trade pacts, but prior to such acts, the government cannot simply ignore its priority towards its own people, especially when it comes to workers’ welfare and monies.

EPF belongs to the workers, and its monies should be invested to improve workers’ welfare, not to invest in US equity markets to assist US infrastructure redevelopment.

MTUC had spoken to and written personally to Prime Minister Najib Abdul Razak requesting that EPF pay workers the shortfall of the 0.7 percent dividend pay-out for the year 2016.

This request was made in February, taking into account the highest enhanced income generated by the fund since its existence, and to ensure the accumulation of reasonable funds in the individual worker’s accounts, which is the only social protection a worker has for his retirement.

Unfortunately, we have not received a response for this yet, but learn from the press and social media about the investment of Malaysian workers’ monies to strengthen the US economy.

It is the moral obligation of the government to review and explain to MTUC this pact with the US at the earliest, though it should have been done prior to the commitment.