Southeast Asia gets a lift from China, and later, the bill 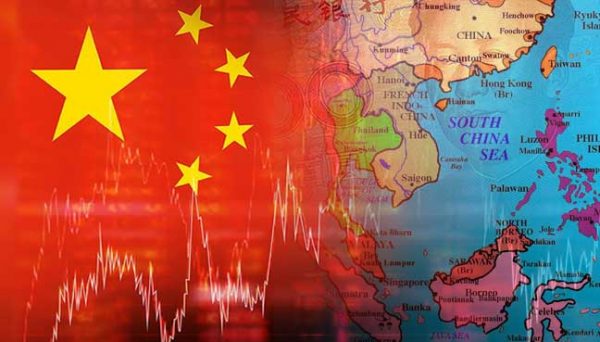 HONG KONG: Southeast Asia appears to be on a roll.
The Philippines is boasting the second-fastest growing economy in Asia, Malaysia has posted its best growth figures in more than two years and Thailand in more than four.
The growth is being fuelled by China, whose expanding economic presence is propping up fundamental weaknesses around Southeast Asia. It also underlines China’s dominance in a region that will be under increasing pressure to follow Beijing’s lead.
Even as the rest of the world feels the pinch of Beijing’s clampdown on outbound capital, China is ploughing money into Southeast Asia – much of it into infrastructure projects related to President Xi Jinping’s signature Belt and Road initiative.
Chinese tourists are also flocking to beaches, temples and shopping malls around the region. And trade is surging.
Exports to China from Indonesia and Malaysia grew more than 40% in the first half of the year; from Thailand and Singapore it was almost 30%, and more than 20% from the Philippines, according to Reuters calculations.
China has been investing heavily in infrastructure and property in the region and buying commodities such as rice, palm oil, rubber and coal. It is also buying electronic components and equipment from countries like Malaysia, Thailand and Singapore.
Going the other way is everything from cheap T-shirts to high-end telecommunications systems.
Welcome as all this economic activity is to the region, it could also present political problems, as countries confront China over issues such as its claims in the South China Sea, as both Vietnam and the Philippines have found.
And it raises the risk that China could apply economic pressure to get its way.
“The large rise in Asean’s exports to China have increased potential vulnerabilities to geopolitical risks,” said Rajiv Biswas, Asia Pacific chief economist for IHS Markit.
South Korea’s experience
For a glimpse of how that feels, Southeast Asian countries could look at South Korea’s experience.
The deployment in South Korea of a US anti-missile defence system that China opposed resulted in a sharp decline in Chinese tourists. South Korean companies doing business in China, like Lotte Group and Hyundai have also been hit in the diplomatic fallout.
“The South Korea example is a highlight of how the geopolitical vulnerability to China can increase as the bilateral economic relationship expands,” Biswas said.
The Philippines found itself subject to a Chinese ban on its fruit in 2012 after challenging China’s maritime claims. The ban was only lifted last year as President Rodrigo Duterte adopted a friendlier stance towards Beijing.


“Any sector that you have with a big exposure – tourism inbound like Thailand, bananas outbound like the Philippines, coal from Indonesia – is vulnerable,” said Dane Chamorro, senior partner and head of South East Asia at Control Risks, a global risk consultancy.
“You can imagine how that would be pretty easy for China to stop or hinder.”
Leaders of Malaysia’s ruling party last year voiced concerns after Prime Minister Najib Razak secured deals worth US$34 billion on a trip to Beijing, saying it opened the door for a more direct Chinese influence on Malaysia’s affairs, besides saddling the country with billions of dollars in debt.
A planned US$5.5 billion rail link through Thailand to southern China also hit resistance, with Thai critics targeting what they said were Beijing’s excessive demands and unfavourable financing. However, Thailand’s cabinet in July approved construction of the first phase of the project.
Checks and balances
There has also been popular opposition to such deals around the region, raising the stakes for leaders.
In Myanmar, a US$10 billion Chinese oil pipeline linked to the Belt and Road project sparked angry protests in May. Three years ago, the deployment of a Chinese oil rig in disputed waters in the South China Sea triggered anti-Chinese riots in Vietnam.
“The next level from here is you can see more social outcry,” said Sanchita Basu Das, lead researcher for economic affairs at the Asean Studies Center at ISEAS-Yusof Ishak Institute in Singapore.
“These are the checks and balances for some of these countries, especially those where leaders are elected for a specific number of years,” she said.
“China will be mindful of that as well.”
Growing dependence
The growing economic dependence on China is another concern for countries in the region with underlying vulnerabilities.
Consumption growth has been lagging in countries like Indonesia and Philippines, which are dependent on domestic demand, even as they posted growth figures of 5% and 6.5% in the second quarter. And investment from sources other than China is slowing, as are portfolio inflows.
Indonesia, which has been lagging its regional peers, cut interest rates last month.
In Thailand, where the economy grew 3.7% in the second quarter, the baht has been surging in recent months, putting pressure on exporters, while the Philippine peso has been weakening on concerns over the country’s shrinking current account surplus.
If there was a downturn in China, it could have serious ripple effects in export-reliant countries like Thailand and Malaysia. Malaysia grew 5.8% in April-June.
“Southeast Asian countries are becoming more dependent on China,” said Jean-Charles Sambor, deputy head of EM fixed income, BNP Paribas Asset Management. An event like a sharp slowdown in China could have “a very significant spillover”, he said, citing exports, financing and investment.
For the moment, the Chinese economy remains strong and it appears that Southeast Asia is weathering a crackdown by Beijing on overseas acquisitions.
Data from China’s commerce ministry shows outbound direct investment globally nearly halved in the first half of the year.
But data from the American Enterprise Institute shows Chinese investments and construction contracts of US$13.46 billion in the period, almost unchanged from a year earlier.
The initial stages of a rail line on Malaysia’s east coast, in which China Communications Construction Company has already invested US$2 billion, according to the data, is one of the most high-profile investments.
Other investments, many of which are tied to the Belt and Road initiative, include energy projects in Laos, Cambodia and Philippines, another large railway investment in Indonesia and real estate purchases across the region.
This week, Thailand signed contracts worth 5.2 billion baht (US$157 million) with Chinese state enterprises for a high-speed rail project with China.
“Notwithstanding the recent introduction of restrictions on outbound investment, Chinese investment in Southeast Asia is likely to remain strong over the coming years,” said Stephen Smith, lead partner at Deloitte Access Economics.
“Chinese authorities appear to remain strongly committed to investment in projects tied to the Belt and Road Initiative.”