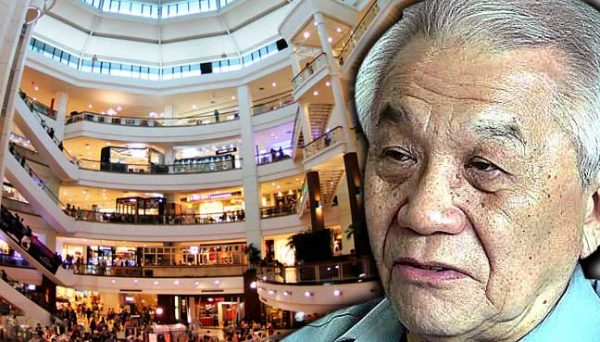 PETALING JAYA: A property expert has criticised the banking industry for the oversupply of commercial space, particularly shopping malls, warning that the glut will hurt the economy.

Ernest Cheong said that for the past four or five years, banks had been giving out loans for the development of commercial properties without due diligence.

He said property consultants had already noted that there was a glut of commercial space as far back as 2012.

“It’s one thing for a developer to show they can pay back the loan based on projections of sold or rented out units, but how accurate are these projections? Is there really a demand? Obviously there isn’t enough,” he told FMT.

Cheong was commenting on a Malaysian Reserve report which noted that banks’ stringent lending policy would see a delay of new commercial developments.

The report, quoting property consultants, said the lenders’ actions would benefit the industry and help to prevent the glut situation from deteriorating.

But Cheong said the damage had already been done as in the past few years, banks apparently placed profit above the interests of the overall economy.

He said feasibility reports were more often than not carried out by the developers when banks should have engaged their own independent consultants to carry out the due diligence.

Cheong said there were many malls, office lots and commercial units with empty spaces, and some were almost totally empty.

“You walk around some malls and office lots, and you wonder, who actually patronises these places or occupies the office lots. If there are no occupants or insufficient occupants, then how will these places be maintained?”

To make matters worse, Cheong said the oversupply of commercial properties would worsen in 2018, by which time another 4.9 million square feet of office space would be coming into the market in the Klang Valley alone, according to Bank Negara figures.

Previously, Socio-Economic Research Centre executive director Lee Heng Guie said there had already been an oversupply of office and retail space in 2015.

Cheong said although local councils were the approving authority for developments, they could not simply reject what land owners wanted to do with their land as long as they met council requirements, otherwise they could be taken to court.

“Furthermore in Malaysia, it’s complex because local councils have a certain degree of autonomy and they come under their respective state’s jurisdiction.”

He added that local councils’ areas in Malaysia were relatively small, citing the example of how people could cross three different local council jurisdictions within a 20 minute drive on the Federal Highway.

“Each council will only look at their own areas when approving projects. It is the banks which are supposed to do their due diligence when approving a loan. They must look at the bigger picture, in the market.”

Cheong said he was concerned that the oversupply of commercial space would not only drive down property prices but also result in white elephants, or even abandoned projects.

“The oversupply of properties will also hit retailers, especially chain retailers, because they won’t want to lose out locating in a certain mall.

“So what happens is that they’ll be spread thin and the market will be saturated at a time when the cost of living is going up and purchasing power is going down.”

Eventually, Cheong said, only the bigger malls would survive, while the others go through a “slow death”, with people losing jobs and businesses going bust in the process.

Last year, the Malaysia Retail Chain Association (MRCA) urged the government to temporarily freeze issuing licences for new shopping malls to curb the oversupply of retail space, which put a strain on their margins.

“To me, the banks must now resist the temptation to simply approve loans for projects.

“Bank Negara should take the lead in making it more difficult for developers to get loans, unless they can prove that their projects will be viable, at least until cooling measures have run their course.”

Cheong also said that banks must take action against their own staff who approved loans for commercial properties which were not viable or hold their independent consultants responsible if they were found to be negligent in giving their advice.

“This way, bank officers will be more cautious with approving loans and only approve projects which are sustainable.”