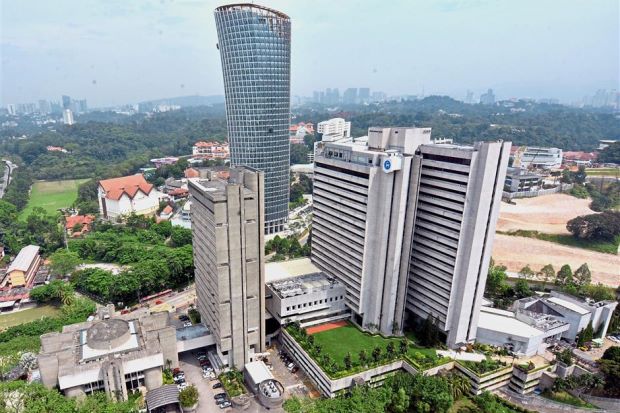 The almost instant answer that popped up was – Tan Sri Teh Hong Piow. That was the obvious owner, considering the billionaire banker owns 23.4% of the third-largest bank in the country and was worth some RM21.55bil as of the end of last year.

However, by the time the dinner was over with an empty bottle of whisky, the group of bankers agreed that the real owner of Public Bank was Bank Negara.

Because the central bank keeps a close watch on the banking industry and is the regulator that approves shareholders of the financial institutions – all for good reason. In some ways, it has a rein on the shareholding changes in Public Bank.

Teh is 88 years old and does not seem to have a successor to run his banking outfit. At the moment, a team of seasoned bankers who have been with Teh for many years manage the bank.

Teh does not handle the day-to-day matters. He only looks at the “bigger picture” – which is actually a very big one if one were to look at how the bank’s shareholding will be resolved in the years to come.

With some 23.4% under his name, Teh is one of the few individuals allowed to hold more than 10% in a financial institution. The others in the same league are Tan Sri Quek Leng Chan and Tan Sri Azman Hashim.

Quek controls some 62% of Hong Leong Bank through his private arm – Hong Leong Company (Malaysia) Bhd and Guoco Hong Kong. As for Azman, the banker who has survived three recessions, he has a 13% stake in AmBank Group.

Under the Banking and Financial Institution Act (Bafia), individuals are only allowed to hold up to 10% in financial institutions. However, the three bankers are allowed to hold a bigger stake in their banks due to a rule termed as the “grandfather rule” where individuals who have been holding interest in banks for a long time are exempted from complying with the Bafia.

But this rule only applies to the three individuals. It is not a privilege extended to their children.

This leaves the owners with a problem – how do they pass on their wealth to the next generation or keep it intact so that their legacy will remain.

Bankers familiar with the issues of succession in financial institutions say that these tycoons are not even allowed to move their shareholding to a trust.

Among the three, Azman who has 13% of Ambank has the least of problems. He can easily sell down his interest to less than 10% and comply with the ruling.

However, the problem lies with the stakes held by Teh and Quek.

They have little choice but to gradually reduce their stakes. And when that happens, the regulator has a big say in who emerges as the new substantial shareholder.

So, is it correct to say that Bank Negara has a big say on who controls Public Bank? On paper, the central bank is definitely not the owner and has said that it does not dictate terms.

But when one looks at the big picture, taking into account that any shareholding changes in banks need the approval of the central bank, the future of Public Bank is not entirely in the hands of Teh.

The same applies to Quek. If he does not quickly resolve his high concentration of shares in Hong Leong Bank, it would be a problem at later stages.

This week we run the list of the top-40 richest businessmen from Malaysia based on their shareholding in public-listed companies. The wealth of the top 40 was RM290.49bil as of end-December last year.

It is 28% more that the amount they accumulated last year. There are six new entries to the list and among those who have exited are those involved in the oil and gas business and media ventures.

The total wealth of the lowest among the top 40 is RM1.17bil. Topping the list is Robert Kuok with RM49.91bil.

Last week the founder of Ikea, Ingvar Kamprad passed away at 91. However, his heirs will not get to control his wealth of US$58.7bil. They will only enjoy about 20% of it while the rest is put in trust and institutions that will among others reinvest the profits into the furniture group to ensure the survival of the companies.

Passing on the wealth and ensuring the legacy remains is an art by itself. It takes years of planning. How many of the local billionaires have such a structure? Not many really.