MTUC: Why impose levy if foreign workers not protected? 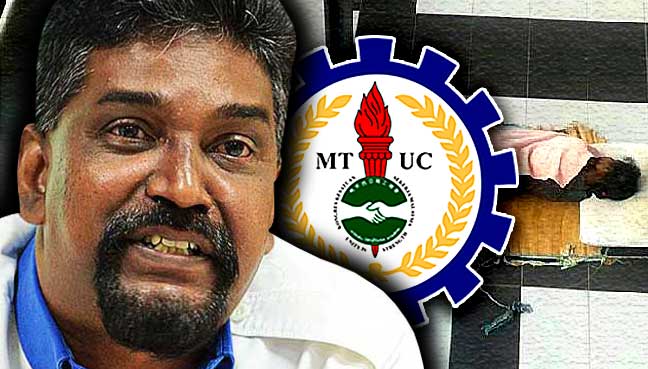 PETALING JAYA: The Malaysian Trades Union Congress (MTUC) has slammed the government for its failure to protect foreign workers in the country, especially since a levy is collected for that purpose.

It’s secretary-general J Solomon said levies imposed on foreign workers are meant to be used for their social protection so there should be no excuses or shortage of funds.

“It has also become painfully obvious that the employment agencies formed for commercial enterprises are out of their depth and find themselves in uncharted waters when it comes to safeguarding worker’s interest given the numerous, unresolved issues that are still occurring unabated,” he said in a statement.

Solomon was commenting on the recent death of domestic worker Adelina Lisao who died at the Bukit Mertajam Hospital from suspected abuse and neglect.

He said MTUC had been urging the government, the police and the immigration to work closely with it to protect domestic maids, foreign and even local workers from being exploited, or worse, cheated and abused.

“The repeated reminders by MTUC to amend the law to allow the domestic maid to become a union member have fallen on deaf ears of the government.

“Many other social reforms and protection laws have been put forward by MTUC and civil society organisations but unfortunately the government has been dragging its feet and this inaction or delay has been marked with evermore deaths,” Solomon said.

He said the government should facilitate pre-departure at the sending country and post-arrival training by engaging MTUC and providing details of foreign workers to enable MTUC to enlighten them of their rights.

“This way they can reach us if any employer attempts to exploit them or MTUC will be able to check on them.

“We hope the government will take immediate steps to protect the foreign workers and the good relationship with their countries of origin, as we do not want Malaysia to be classified as an unsafe place for the weak in promoting forced labour,” he added.

Indonesian domestic worker Adelina, 26, was spotted by a concerned neighbour with wounds on her hands and legs. She had also been seen sleeping next to a Rottweiler for two months.

They then lodged a police report on the alleged abuse, claiming that the employers refused to cooperate with them.

Adelina was subsequently taken to the police station by her employers and later admitted to the Bukit Mertajam Hospital where she died.

A post-mortem identified the cause of death as “multi-organ failure secondary to anaemia”.

The forensic pathologist said it was possible that Adelina had suffered neglect.

A 60-year-old woman and her two children have been detained to help in investigations.