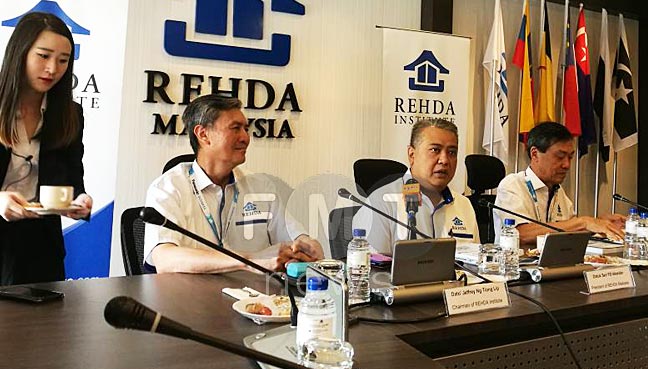 PETALING JAYA: The country’s largest developer group wants to work with the government to study why properties have become unaffordable and find a solution.

The Real Estate and Housing Developers’ Association Malaysia (Rehda) made the proposal in the wake of reports that the number of unsold homes had increased in 2017.

At an event today, Rehda president FD Iskandar Mohamed Mansor acknowledged that there were unsold units and pockets of people who could not afford to own homes.

However, he said it was important to look at the structural challenges facing Malaysia’s economy, adding that there were conflicting views from the authorities and the World Bank on the issue of home affordability in the country.

Previously, Bank Negara Malaysia (BNM) said the maximum affordable price for a house in Malaysia was RM282,000. However, the actual median price was RM313,000 in 2016, and therefore beyond the reach of many households.

“But the World Bank says Malaysia is one of the most affordable places to own a home. This so-called RM282,000 figure is because salaries haven’t gone up,” said Iskandar.

“For salaries to go up, Malaysia has to be more competitive, productivity has to go up.”

According to an article in The Star which cited BNM’s Financial Stability and Payments Report for 2017, more than 80% of the unsold units were priced at RM250,000, in areas with limited connectivity to major economic centres.

The central bank had said the high number of unsold housing units reflected the persistent mismatch between the selling prices of homes being built and what most households could afford.

Iskandar said for developers, pricing was about supply and demand, and that developers today knew they could not afford to price themselves out.

“At the same time, developers are getting less and less in terms of margins.”

So, he said, affordability of homes should not be viewed merely from the aspect of property prices.

“This is why we would like to sit down with the authorities, to find out why properties are unaffordable and how we can solve it.

“Don’t just say it is unaffordable.”

In the past, the National House Buyers Association said developers needed to share the blame for the recent rise in housing prices.

Developers, however, said their costs were affected by the high costs of land and regulatory costs.