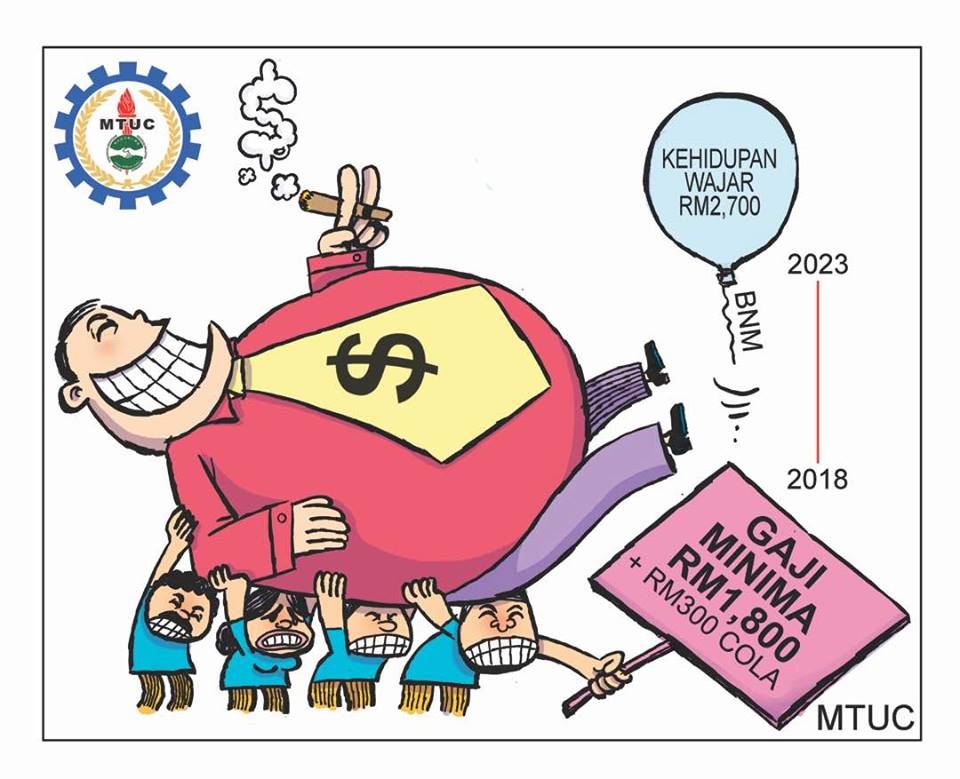 It is time for the minimum wage salary to catch up with the high cost of living, it must be increased with a leap to RM1,800 to achieve the recommendation of BNM for RM2700.00 as living wage.

This is the key aspect of MTUC Workers’ Demands published recently in the run up to the 14th Malaysia General Elections, says Secretary General of MTUC, J SOLOMON

“The deserving hike in the minimum wage from the current RM1,000 to RM1,800 would not seem like such a drastic leap if the wages were reviewed timely and fairly to realise Vision 2020.

“The lowest income earners in the country need a substantial raise in their earnings and a decent share in the country’s robust economy,as political party manifestos launched in the run up to GE14 only aspired to reach a minimum wage of RM1,500 in stages and over a period of five years.

“And to complement the living expenses of all workers in Malaysia, MTUC demands that a Cost of Living Allowance (COLA) of RM300 per month be offered to all workers,” he added.

Now is the time for workers to recognise our strength as key players in the nation’s economy and your full participation on 1 May, Labour Day celebrations at Wisma MTUC in USJ Subang from 8am – 1pm will help greatly in realising the workers’ demands.