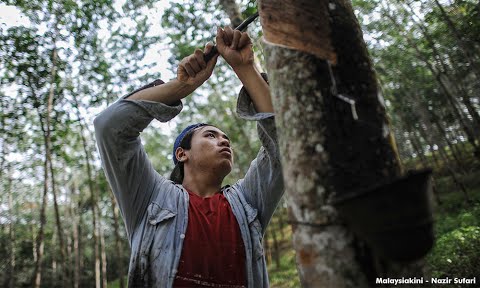 “It can be construed as misleading and a bribery especially in view of GE14,” said MTUC secretary-general J Solomon in a statement.

He said it was misleading for the Najib Abdul Razak to pledge an increase of the minimum wage if BN came to power because whoever won the polls, the minimum wage was already due for revision in July, and therefore it was not a “gift”.

At a Workers Day rally yesterday in conjunction with May Day, Najib had announced five “gifts” for workers including raising the minimum wage from RM1,000 and RM920 to a new level that would be announced this year.

“It looks like the caretaker PM is making threats to workers that the five long overdue improvements will only take place if BN wins,” said Solomon.

He said setting the minimum wage was the responsibility of the Wage Consultative Council and its technical committee following a Bank Negara report which states a figure of RM 2,700 as ideal.

“There is a mandatory new minimum wage level to be implemented at least once in two years and it is already coming up in July.

“MTUC has proposed an RM1,800 as the minimum wage for both Peninsular Malaysia and Sabah/Sarawak in the review that is due in July and to at least reach the RM 2,700 in the next two minimum wage reviews,” said Solomon.

He said the caretaker government had, in fact, failed to revise the wages of the lowest income earners in the country which was to have taken place in January 2015 but this was delayed for a further 18 months.

“It only took effect on July 1, 2016, with a mere increase of RM100 in the peninsula and RM120 in East Malaysia after three-and-half years from the initial implementation,” he added.

The MTUC leader said Najib should take responsibility for the delay which had short-changed private sector workers.

“By only increasing the minimum wage by RM100 last year and the lack of serious and genuine effort to curtail the influx and presence of foreign workers in the country, we can only conclude that the BN government is not serious in fulfilling its promises made in the 11th Malaysia Plan,” said Solomon.

“It is the social and moral obligation of the government to ensure that the contribution of the 14 million private sector workers is duly recognised, with living wages and civil rights,” he reminded.