Workers must now unite to build a better Malaysia 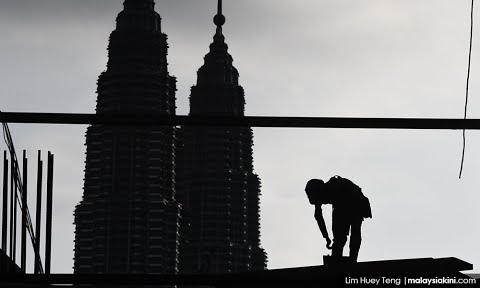 A political tsunami involving Malaysians from all walks of life engulfed Malaysia and changed the political landscape by selecting Pakatan Harapan to form the new government. Dr Mahathir Mohamad has since been sworn in as Malaysia’s seventh prime minister.

The nation is euphoric and the international community is surprised that the change happened and the transfer of power was peaceful.

I had, two days before the polling day, sent out a statement that was covered by the media the next day, stating the support of the Malaysian Trades Union Congress (MTUC) for Harapan.

I had also urged for the nation’s 14 million workers to vote for Harapan. I did this in my capacity as the chief executive of MTUC, and did so as I believed and still believe that a Harapan government would serve the workers of the country better.

It is also something that was done in accordance with the objects of the constitution that regulates the MTUC.

Though there are individuals who disagree, and have stated so, it is their opinion and the people can decide as to what was appropriate in the circumstances.

With a Harapan government now at the helm, the MTUC would like to work with the new government to seek a better way forward for the workers of Malaysia.

There are so many issues that have caused the workers of the country to be left behind as the nation developed. The primary issue that needs to be dealt with is the matter of the rising cost of living and the inability of the lower-income group to maintain a decent lifestyle for themselves and their families.

Things will need to progress in stages, and we cannot expect overnight changes. The MTUC needs to be part of this process.

At this stage though, Malaysia has to recover from what was a fractious campaigning process. I would like to call on all workers to come together, while we celebrate the glory of the people’s mandate, let us resume work, stand with the new Government leadership, and work towards our common prosperity and happiness.

I understand that we have supporters from all parties in the country, the intention was not to hurt anyone's personal feelings during the campaign period, it was done with the conviction that a Harapan government would serve Malaysian better.

I thank all workers who contributed towards this much deserving historic change. Let us work together in rebuilding the nation.

J SOLOMON is the secretary-general of the Malaysian Trades Union Congress.