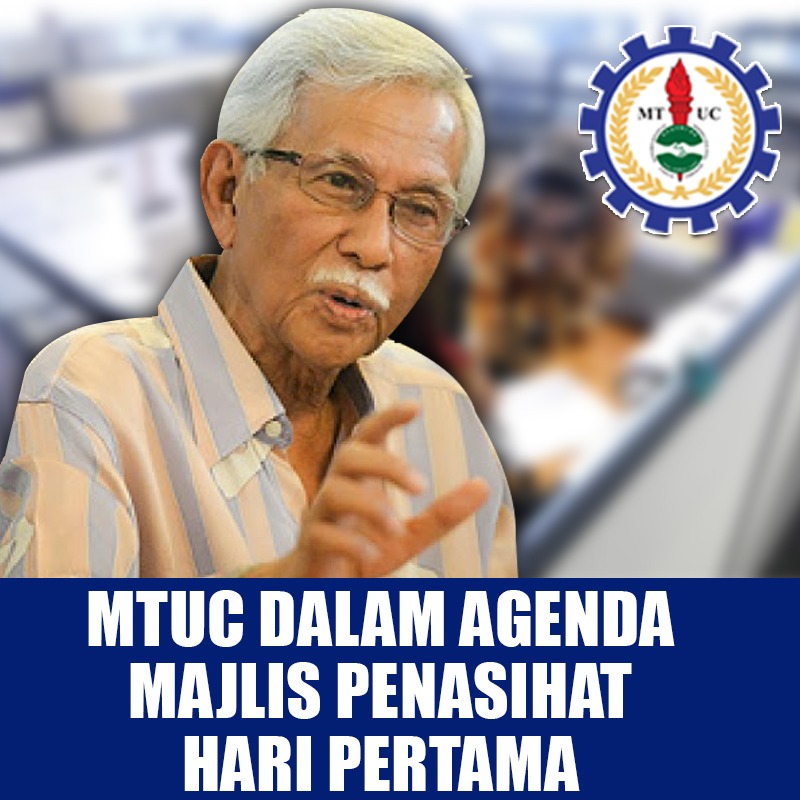 On the first working day of the new Government, MTUC is called to provide details of workers issues.

This reflects their seriousness to address workers’ woes.

The MTUC Chief Executive, J Solomon was called upon by Tun Daim to provide details of workers issues raised with the previous BN led Government that were never addressed.

Among the key issues raised by MTUC in this meeting was employment problem especially the cost of living, job security, lack of preparing and upskilling workers for industry 4.0, the National Labour Advisory Council that was lagging behind in its functions, influx of migrant workers and their exploitation and trade union rights especially the recognition process.

Further, the issues pending at the International Labour Conference such as the previous Government’s non- compliance of Convention 19 – Equality of Treatment (Accident Compensation) where the social protection for migrant workers was removed from SOCSO and placed under Workmen Compensation Act 1952 was brought to his attention. And, the previous Government’s failure to respond to the Gender Based Violence survey as well as its indication of its commitment to introduce an International Convention on Gender Based Violence was also highlighted.

As advisors to the Government on policies and programmes to help Pakatan achieve its election promises in the first 100 days, Tun Daim and his team have been working hard since their appointment. It is very reassuring to see the speed and commitment at which Tun Daim and his team are working to collect inputs of issues that is affecting workers.

Their determination is very promising for the future of workers in Malaysia as Tun Daim has assured that the inputs gathered will be brought up to the attention of our Prime Minister, YAB Tun Dr. Mahathir Mohamad.

MTUC calls upon the 14 Million workers to support the Government on this endeavour and allow them the time to address the issues based on priority for the benefit of the Rakyat.

Let us not pressure them unnecessarily at this juncture. They have to study and review the policies and practices which is affecting workers’ livelihood.