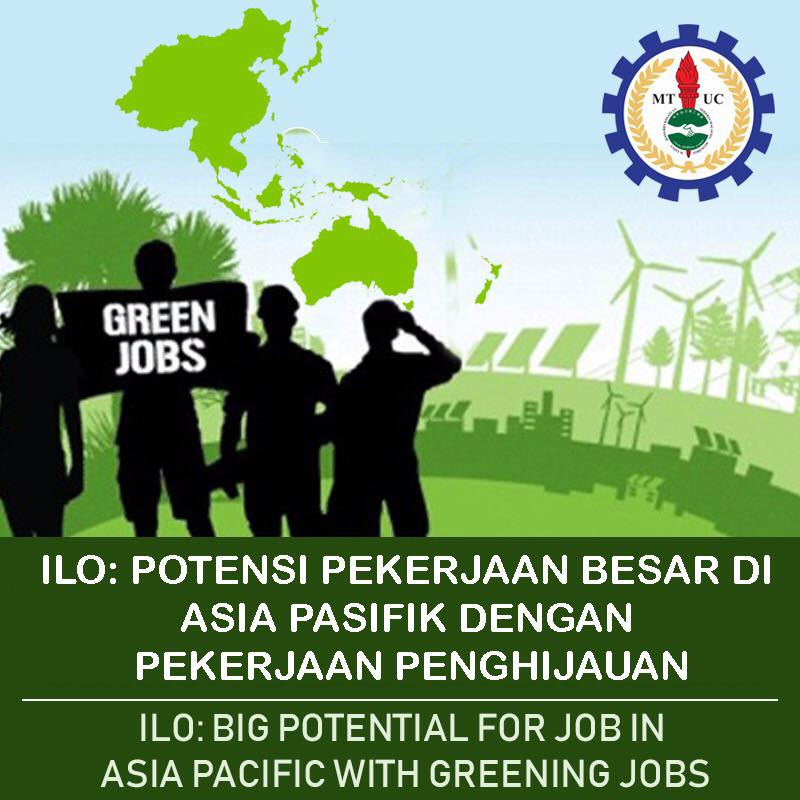 The International Labour Organisation (ILO) recently announced that there was high potential for 14 million jobs to be created in Asia Pacific. That figure is roughly the size of the Malaysian workforce.

So, what’s the catch? – Simply, how we take care and protect the planet we inhibit and prevent adverse effects of global warming. This means having the right policies to promote a greener economy.

ILO published a report this month titled “World Employment and Social Outlook 2018: Greening with Jobs” that explained how jobs relied heavily on a healthy environment.

The ILO Deputy Director-General Deborah Greenfield explained that the green economy could enable millions more people to overcome poverty and deliver improved livelihoods for this and future generations. “This was a very positive message of opportunity in a world of complex choices,” she said.

According to the report, “the transition to a greener economy can create a net of 14 million jobs in Asia and the Pacific, with gains in fields of renewable energies, construction, manufacturing, and sustainable agriculture.”

The report also warned that rising temperatures could cause productivity losses of up to 40 million full-time jobs, mostly agricultural, in Southern Asia alone.

In drawing parallels with global warming, the report illustrated that “action to limit global warming to 2 degrees Celsius can result in sufficient job creation more than offset the expected job losses of 6 million in traditional energy sectors”.

So how does Malaysia figure in these jobs?

“The respective government departments have to take the cue from ILO’s calls to synergies social protection and environmental policies that support workers’ incomes and the transition to a greener economy,” said Malaysia Trades Union Congress (MTUC) Chief Executive, J Solomon.

He explained that Malaysia needed to act fast in anticipation of skills needed for the transition to greener economies and provide relevant training programmes to the workforce.

Workers can also pay a role, we need to shed the lackadaisical habit, stop throwing rubbish as we wish, use the washroom ethically as well as demanding for a healthier environment.

Let’s work together for a better and cleaner future.