Now I know what to tell my sons — Alex De Silva 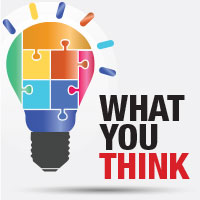 4MAY 26 — Just over 4 years ago, in April 2014, Mr. Karpal Singh died in a tragic road accident. His death brought great sadness to not only his family but to many in this nation who had followed and admired his courage and strength in his political and court battles over the years. Karpal never shirked from a fight and landed in jail several times for his trouble. Along with the many tributes, came a few bitter puerile barbs that mocked Karpal for his strong stand against the implementation of Hudud laws in Malaysia. These politicians, from the now deposed governing party of the nation, said that Karpal died a tragic death due to his stand on Hudud. “He got what was coming to him”, was the theme. The mocking of Karpal by these unfledged politicians was left unpunished by the leaders of their party. This presumably on the premise that any disparaging remarks against someone who is seen to be “speaking against Islam” would find favour with many in their political base. The fact of the matter was that the callow remarks about Karpal was being condoned and even perhaps encouraged by the silence of the those in power within this party.

I’m not sure whether I was more shocked and disturbed by the senseless and inane jibes of the idiotic politicians or the silence from the leaders of the feudalistic political party they belonged to. The fact that it was now ok in Malaysia, in 2014, to insult a dead man with cheap low shots, really pushed me over the edge to thinking that this nation was really on its way down. It was heading towards condoning and accepting religious extremism. We were apparently living in an environment when nobody could even say that they were opposed to having religious laws being implemented nationally.

I was very troubled by this episode and was really unsure where we, as a nation, were heading to. This drove me to write a piece entitled, “What do I tell my sons?”, which was carried by the portal, The Malaysian Insider. It was essentially about whether I should tell my sons to come back from wherever they were intending to go to study or advise them to just stay overseas and make a life and living there. This was a problem faced by many parents in Malaysia over the years. Many have advised their children to simply stay put at wherever they go to study, find a job and continue to live there, wherever there is. Many have actually migrated with their children.

As a father of 3 sons, I felt really conflicted. My eldest was about to head overseas to further his education. Do I tell him that there is hope in this country notwithstanding the overwhelming evidence then (circa 2014) that Malaysia was becoming a failing state? Corruption was rampant. Religious extremism was rearing its ugly head and appeared to be condoned. The mainstream press was pliant and muffled. We were never sure when the alternative press portals were going to be shut down.  It appeared that anything and everything done to keep those in power glued to their thrones was fine.

I had always thought of Malaysia as home and was more than happy to spend the rest of my days here. I, selfishly, also wanted my sons to come home after finishing their tertiary education. But with things looking as if they may never change for the better, I didn’t know whether I would be failing in my duties as a father if I didn’t advice or even encourage my sons to stay back overseas. Some of my friends blatantly told me that I was a fool if I asked them to come back to Malaysia.

Leading up to GE14, there was a lingering sense that this nation was on the verge of change. However, the feeling that we could change the government this time was a feeling that many of us felt in 2013, only to feel cheated. “#inikalilah” became “#lainkalilah”. It was a feeling of emptiness and lost hope after the elections. Like a jilted lover, the pain sickened you.

It was an empty feeling that many of us didn’t want to experience again. So, many of us braced for the results with the expectation that BN would still be in power come the morning of 10 May, 2018.

However, this time, it happened. It really was “ini kali lah”. Keeping tabs of the election results live was an exhilarating experience for a change. Seeing leaders of MCA, MIC and ministers lose was a sign of the changing tide. Watching Kam Raslan on Astro Awani tearing the Elections Commission apart and almost swearing on live TV for delaying results was an unexpected bonus.

The first few days after 9 May, 2018 one could feel the pure joy of people. Malaysians were being uncharacteristically friendly and chatty. The people were so relieved and happy that we finally managed to change the government of the day. After doing well in 2008 and getting close in 2013, we did it this time.

All of a sudden, the fact that we had a much-vilified ex-PM returning as PM didn’t seem to matter at all. In fact, people were glued to their TVs, phones and devices watching his every step, cheering his every move and laughing at his ever so witty retorts and one-liners.

Thereafter, the nation was swept with waves of good news.

The formation of a “Council of Eminent Persons” was cheered. More good news followed when a committee for “Institutional Reforms” was announced, comprising of respected ex-judges, leaders of civil society and the one and only Ambiga Sreenevasan. Tun M in press conferences kept talking of “the rule of law” like he really understood what it meant and that he actually intended to abide by it this time. Then came the seizure of the now infamous Hermes Birkin bags and cold hard cash. Soon after that, a task force was set up to investigate 1MDB. Arul Kanda was being “kanda-ed” for apparently having a bout of amnesia. Scandals were being lined up to be investigated.  TV3 finally tried to be a TV station as opposed to a propaganda machine under Goebbels. The Star and NST became just about as readable as opposed to being mere publishers of obituaries.

Somebody wake me up.

This was almost too good to be true. We as a nation saw an end to the one and only and government we have known from its birth. And without bloodshed. Without riots. Without any real trouble, apart from the delayed swearing in of the Prime Minister. Malaysia went from being a labeled a pariah for tolerating and keeping in power a PM who had billions in his personal bank account, to becoming a country that is now being touted as a beacon of democracy in the region. How things have changed.

We are under a new regime comprising of some who have governed under a different name but who appear to be singing in a very different tune. It’s a nice pleasing tune, so far. However, this is not to say that everything is hunky dory. We have many problems. A huge national debt to deal with. Overzealous people in authority shooting their mouths in press conferences. Some are simply acting silly being punch drunk with the new freedoms. Many institutions need urgent reform. Politicians being politicians, would inevitably start jostling for power and more power.

However, Malaysia has shown the world and more importantly its own people that we have the maturity and the power to remove a government by simply going to the ballot box and voting. We can and have removed the ruling government without violence or protests. We, the people of Malaysia, simply voted and the institutions looking after the safety of the nation were strong enough to ensure a smooth transition of power. This means that we can do this again at the next elections and the ones after that. This is the new realisation in Malaysia for its people and for all future governments.

We, the people of Malaysia, have the power.

If these past 2 weeks is somehow a trailer for a movie called The New Malaysia, I now say to my sons:

“Remember to come home to Malaysia.

Please go overseas and study but come back to this wonderful and amazing country. Come back and ensure that institutions are respected and laws are enforced. Be vigilant that the government of the day not only promises all things nice but delivers on its promises. Keep a watch on the politicians and people in power at all times. Throw out the politicians and political parties that betray your trust. Do this, and you and your future generations may well have a fair crack of living in a nation that not only believes in justice and fair play, but a nation where you can raise your families and simply be happy and proud of your country.

And don’t forget to spend time with your dad, feed, and clothe him!”

I hope that this movie, “The New Malaysia”, lives to its promise of being a great blockbuster worthy of the long wait its citizens have endured.