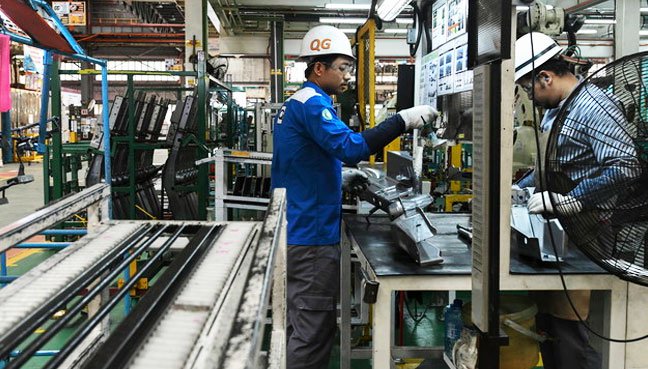 The newly appointed Human Resources Minister, M Kulasegaran, certainly has his work cut out for him after decades of neglect of the overall system of employment in the country.

The previous government’s apathy towards Malaysian workers has resulted in deleterious consequences of various forms – ranging in a brain drain from the country to the institutionalised exploitation of workers.

It would be a mistake to expect too much too soon, and we must be careful with having such an expectation. The system is broken, and it must be repaired through a process of evolution and not via any revolution.

Kulasegaran has certainly made a bright start, suggesting that Malaysians can look forward to an extended social safety net, a more efficient Human Resources Ministry, and a holistic consideration of the foreign workers situation in the country.

Review required of past abuses

His instruction to clear the backlog of cases at the Ministry, which has deprived workers access to justice, was certainly needed.

To this end, the Minister should commission an independent investigation to examine the reasons for the delay. It has to be determined whether it was purely for reasons of inefficiencies or were more sinister objectives at play.

For so long and on repeated occasions, workers and trade unions were toyed around with by the previous government and many employers who wanted to take advantage of the situation. The system not just allowed for it to happen but facilitated the abuses.

Employees such as those from Malaysia Airlines were dismissed unfairly and also forced to accept inferior terms and conditions of employment.

Trade union leaders were dismissed from employment for discharging their duties as officers of the union.

There were also instances of cases of trade disputes being determined as not falling with the definition of a trade dispute, resulting in unfortunate consequences for the trade union movement, its members and leaders.

The lives of workers in the country were made more difficult through the dilution of workers’ and trade union rights. It was a case of a race to the bottom, where Malaysian workers and particularly those from the lower income group paid the biggest price.

As the democratic process in the country is being repaired, it is heartening to note that the previously suppressed institutions of civil society, which are critical for a vibrant democracy to exist, are being opened up.

Leaders from the government itself are espousing the need for a free and independent media, which for years had been controlled by the former government.

In that same vein, there is a need to look at the institution of trade unionism in the country and make the necessary reforms.

Trade unions have been denied their legitimate right to expand their scope of representation.

It has the effect of denying workers proper representation and also resulted in a drop in trade union membership, which has consequentially weakened the movement.

The nature of work has changed and the Constitutions of trade unions should be amended to reflect such changes.

The office of the Director-General of Trade Unions has been allowed an inordinate influence on the functioning of trade unions and trade union activities in the country.

This is an area that requires immediate attention and changes should be made to allow for trade unions to be free and independent of government influence.

We’ll get there with small steps, but steps must be taken

All things cannot be achieved at once, though it would be seen to be a priority to put in place the building blocks that would ensure that there is a proper balance between the interests of labour and capital.

At present, the balance is too far tilted in favour of capital, allowing for the exploitation of Malaysian workers and the resources of the country.

The pace of change in this regard by the Pakatan Harapan government must be sustained.

The spirit that was show by the Malaysian people for change, despite the numerous seemingly insurmountable obstacles, should be sustained and workers in the country deserve a fair opportunity to live a decent life.