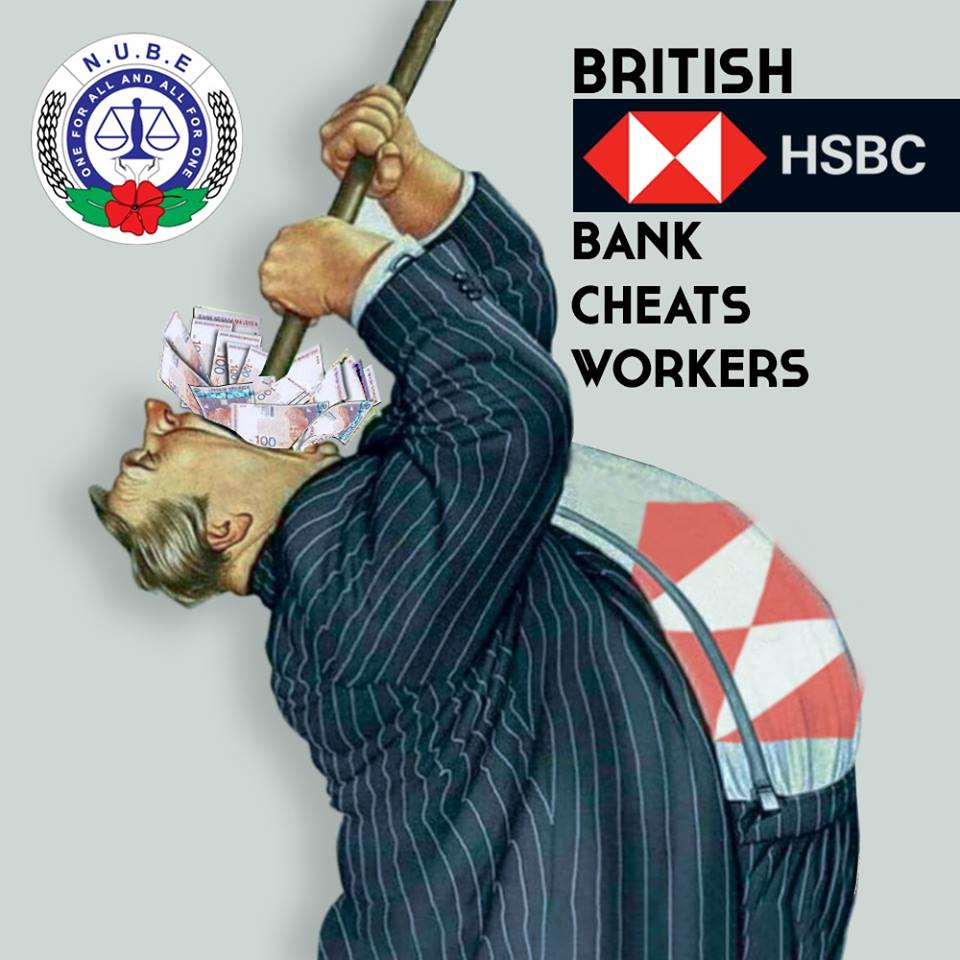 Customer Service Bankers (CSB) are workers providing excellent services to customers in this British HSBC Bank. They are members of NUBE. There is a Collective Agreement between NUBE and HSBC Bank (M) Bhd for CSB members.

NUBE had to call him and sent emails to resume the negotiations. When negotiations commenced, we were able to agree to most of the Articles in the Collective Agreement except for Variable Bonus, Uniform and Salary.

For salary, NUBE’s proposal was:

1. 10% salary adjustment across the board for all;
2. For a CSBs who reached the maximum salary, to continue to be paid their annual increment equivalent to 5% of their salary for the duration of the Collective Agreement i.e. 3 years.

Currently, they are not paid. The CSBs at the maximum salary are very disappointed and demotivated.

NUBE also finds this to be unjust, an unfair labour practice and deliberately cheating the workers.