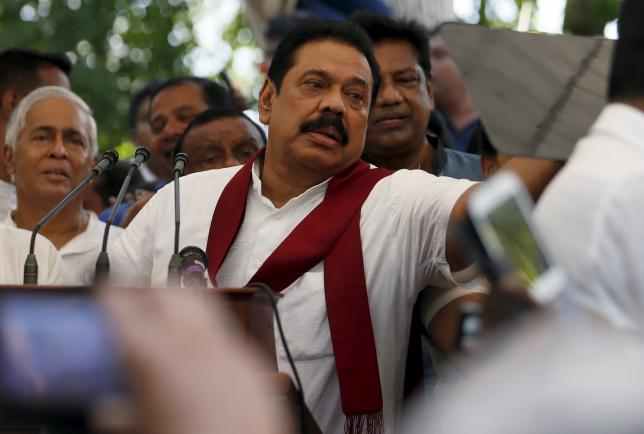 Sirisena informed Ranil Wickremesinghe that he is being replaced by his former nemesis, Mahinda Rajapaksa, a presidential aide said.

The aide, Mahinda Amaraweera, said Rajapaksa has the majority needed in the 225-member Parliament to run a stable government.

The move ends a more than 3-year-old coalition government that was formed by two bitterly opposed political parties on a promise to tackle corruption and wipe out alleged financial irregularities under the previous government, led by Rajapaksa.

Sirisena, who was health minister under Rajapaksa, and Wickremesinghe joined forces to defeat Rajapaksa in elections in 2014, accusing him of corruption and undemocratic rule. Sirisena was chosen president largely through votes from Wickremesinghe’s party.

“The appointment of Mahinda Rajapaksa as prime minister is unconstitutional and illegal. This is an undemocratic coup,” Mangala Samaraweera, the finance minister of the outgoing government, said on his Facebook page.

Wickremesinghe had survived a no-confidence motion in Parliament in April which was brought by supporters of Rajapaksa.

The main allegation against Wickremesinghe involved his appointment of a Singaporean as the central bank governor who is now accused of leaking inside information to benefit his son-in-law in a treasury bond sale.

After being chosen president as a neutral candidate, Sirisena accepted an offer from Rajapaksa to take over his Sri Lanka Freedom Party. Since then, party rivalries have simmered within the government, with Rajapaksa leading a splinter Freedom Party group.