31 years on, ex-Ops Lalang detainee remembers how a quiet evening ended in Singapore 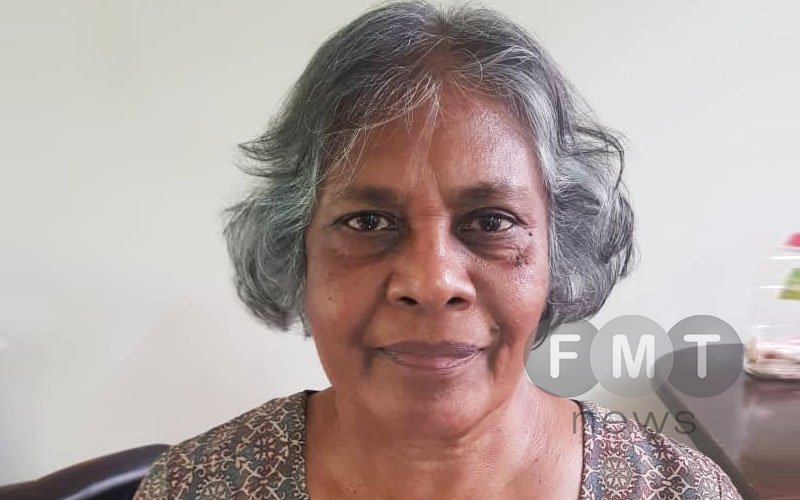 KUALA LUMPUR: Irene Xavier was spending a quiet evening at her brother’s home in Singapore when the police suddenly barged in and arrested her.

It was October 1987 and the Malaysian authorities were cracking down on anyone they considered a threat. Back then Xavier, a former government school teacher, was a prominent activist for workers’ rights in Malaysia.

She had been educating workers about participating in unions, how they could vote, and how they could take charge instead of depending on union leaders to work on their behalf.

“I don’t think the government liked it,” she said with a hint of a smile, in a recent interview with FMT.

At the border, the Singaporean authorities handed her over to the Malaysian police, who took her to jail on what she still claims were trumped up charges.

“They accused me of attending communist meetings in the Philippines. They said I had made a speech there, which was not true. And they said I spoke Tagalog, which I don’t.”

She was locked up in a windowless police cell for 60 days, with no way of knowing whether it was day or night.

It was difficult to keep track of the date, because she could only count each passing day in her head.

“Basically I was held at the whim of the government. I didn’t have access to any real information. I couldn’t watch television, and of course I had no newspapers. Whatever they told me, that’s the only information I got,” she said.

“During the 60 days, they didn’t tell me where I was or how long I would be held.”

They interrogated her nearly every day. Afterwards, back in her cell, she would replay each session over and over again in her head.

“You would fill your head with questions. They asked this, so what are they actually trying to get? Should I have said this? Maybe I should not have said that. Am I putting other people in danger?

“You have a very active mental conversation with yourself on each day you are confined,” she said. “I guess that’s the only way to stay relatively sane.”

She recalled a time during one of the interrogation sessions when she was beaten by a male police officer.

“He beat the soles of my feet. It was painful, but I was more angry. How dare they beat me! And they could have done much worse if they’d wanted to. There was nothing I could do to stop them.”

She refrained from asking for anything from her captors, as she had learned that when she did they would use her request as leverage in exchange for information and cooperation.

After 60 days, most of the detainees had been released, except for her and three other women.

One day she was unexpectedly taken out of her cell and put in a van with the other three and taken to the Kamunting detention centre. There, they told her, she was to be detained for two years.

She recalled the three of them being incarcerated in a wooden building in a kind of dormitory with a kitchen and a shared toilet. Every evening at 6pm they were locked in for the night.

“We just concentrated on getting through each day,” she said, adding that if she ever thought about how many days she still had to serve she would begin losing hope.

“Passing the time was a problem. When we asked for books, it took them a long time to give us any.”

One of the things the women found to fill their time was gardening.

“There was a patch of rough ground. We asked for seeds and the authorities were easier with that than books. So we planted anything we could get and tended to what became our garden.

“The rehabilitation officers would come once a week and make us sing the national anthem and read the Rukun Negara,” she said. “We were permitted to write four letters a week, but we never knew whether they had been posted or not.”

Out of the four women, Xavier was the last to be set free.

When she was told she was going to be released a year early, at first she didn’t believe it as she had prepared herself to be detained for much longer.

“We knew that other detainees had been held for at least five years. Many were even held for 10 years or more.

“I tried not to think about how much longer I would be held in detention, because if you do that you will lose hope very fast,” she said.

What does she now think were the reasons for her arrest in Operation Lalang, and her subsequent detention without trial under the Internal Security Act (ISA)?

In that operation, beginning Oct 27, 1987, 106 people, including NGO activists, opposition politicians, intellectuals, students, artists, scientists and others were arrested.

The official reason for the crackdown was to prevent the occurrence of racial riots.

“No, it definitely wasn’t about race,” Xavier said. “The real racists were never locked up. And nothing happened to Umno, which was shouting all these racial sentiments.”

She believes the main reason she was detained was her work in organising plantation workers. She and her colleagues had been trying to get them to participate in the National Union of Plantation Workers (NUPW), the largest and richest trade union in Malaysia at that time.

“We wanted the workers to ask questions because they were very unhappy with their conditions.

“In the plantations, there were many common violations of labour laws that the union should have been taking up. They wouldn’t do it, so we at Persatuan Sahabat Wanita Selangor (PSWS) took them up instead.”

“He was prime minister. Without his consent, nobody would have carried out such a big operation and picked up hundreds of people,” she said.

“They needed a person like him in order to win,” she said, adding however that she doubted the extent of his commitment to the PH agenda.

“Maybe he is committed to parts of it, such as 1MDB and prosecuting former prime minister Najib Razak, or perhaps allowing the Malaysian Anti-Corruption Commission to do its work properly, but that’s about it.”

Xavier added that when Najib abolished the ISA, he may have believed the move would boost his popularity among the people.

“The PH government says they’re going to do away with it all (preventive detention laws) but we are still waiting,” she said.

For now, her struggle continues as she believes workers’ rights are not high on the PH agenda. However, she acknowledged that some improvements had been made.

“There are some things that we can do now, which we were not able to do before. We can have town hall meetings and discussions with people in power. We have some access to ministers,” she said.

Xavier said being detained never deterred her from continuing to fight for workers’ rights. This firebrand may be older but her passion for workers is as strong as ever.

She is not bitter, just determined. “If I don’t continue the fight, I will have wasted all that time in detention.