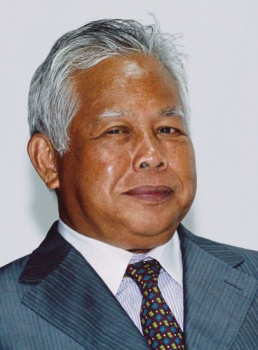 The MEF is concerned on the legality surrounding the announced minimum wage increase from RM1,050 to RM1,100, starting Jan 1.

"We were not consulted on this matter and we are concerned on the legality of the announcement by the minister. This is because by law the MPGN should be consulted and a proposal will be submitted to the minister, who will raise it to the Cabinet to decide. We intend to make a representation to the government soon," he told theSun when contacted today.

On Friday, MEF was surprised by Finance Minister Lim Guan Eng's announcement on the increase.

They claimed in a statement that Lim had "arbitrarily raised the national minimum wages to RM1,100 nationwide".

"On Sept 5, 2018, the Prime Minister's Department, based on the recommendations of the MPGN, that conducted a review of the Minimum Wages Order 2016 rates of RM1,000 for Peninsular Malaysia and RM920 for East Malaysia, announced RM1,050 as nationwide minimum wages with effect from Jan 1.

"The new minimum wage as announced in Budget 2019 was not in accordance with the procedure as laid down in the Act," he said.

He added the decision to further increase the minimum wage would impact the cost of doing business, and was unfair to employers.

"Besides the obvious cost impact, there would also be higher remittance of the Ringgit to the source countries of the foreign workers, who had already been given an indirect pay hike of about 15% early this year, following the government's decision to shift the burden of paying the levy to the employers.

"Companies dependent on foreign workers would be further impacted by the introduction of the multi-tier levy system that would be implemented effectively on Jan 1," he said, adding that employers would also be impacted by the new tax regimes introduced in the budget.

"It is within the minister's jurisdiction. He must declassify the document because it will allow the public to see the criteria and yardstick to determine the minimum wage.

"Currently, it is confidential and the composition of the committee is neutral – there is no representation by the employers nor from the workers. Its representatives are academicians," he said.

He claimed the initial amount recommended by the committee was RM1,170.

He also urged Shamsuddin to look at the bigger picture issue of the income inequality faced by the lower income group and to view the announcement as a positive one.

He added the MTUC welcomes the rise in minimum wage despite the call for it to be at RM1,800.