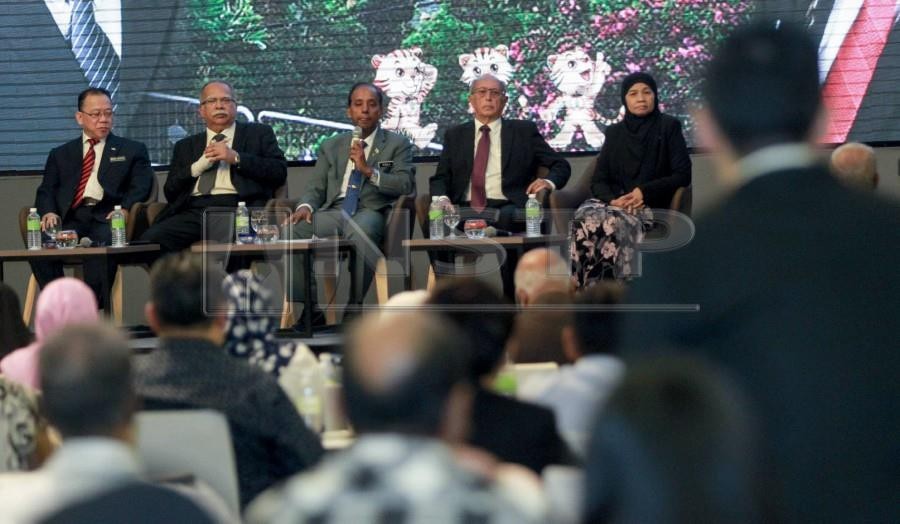 GEORGE TOWN: Human Resources Ministry today assured that going cashless will not result in reduction of manpower in the country's banking and financial sector.

He said if the cashless model could work in India, it could be successful in Malaysia too.

“I remembered at the dawn of the Internet era, many people were afraid of losing their jobs. That, however, did not happen. Instead, more jobs were made available because of it.

“Just like before, going cashless does not mean that those serving in the banking and financial institutions will lose their jobs. The people should not fear this new system,” he told reporters after attending a forum on Employment Law at the Olive Tree Hotel, here, today.

He was answering a question from the floor on the risk faced by bank employees following Malaysia's plan to go cashless in the near future.

“At the moment, everyone seems to be enjoying subsidies, even those who don't actually deserve it,” he said, relating his own experience when he was a practising lawyer, where he too enjoyed the blanket subsidies despite earning a five-figure salary.

“The Indian government introduced an identity card with biometric verification that successfully saw most of the country’s population having a digital identity.

“If we can have similar system in place here, then we can ensure that only those truly desrving of government subsidies will get the benefit such as those in the B40 group.

“This way, we can also fight corruption.” he added.