About 200 of them, clad in red t-shirts, held anti-HSBC placards and some of them made noise using the vuvuzela and played the dhol for two hours.

Nube secretary-general J. Solomon said that the dispute between them and the bank remained a deadlock on major issues in the Collective Agreement (CA) for the 2016 to 2019 period, apart from other issues.

“Some of the contentious issues are the refusal on the part of of HSBC Bank to grant B40 workers dues such as salary adjustment.

“The bank is shortchanging the seniors of their legitimate annual salary increase, making their salary static.

“HSBC is ignoring the efforts and hard work put in by the senior staff, thus discouraging and demotivating them and discriminating especially those in the B40 group,” he said in a press statement.

The others were dictating the type of clothings to be worn by lower income workers; changing lower income workers designation without their knowledge; forcing staff to open accounts for customers who are not physically present in the bank and forcing workers work in unhygienic conditions.

Solomon said that the bank refused to carry out social dialogues with NUBE to resolve the issues.

“When invited, the CEO (chief executive officer) refused to meet us.. This is typical demonstration of arrogance.

“The matter was also raised with the Finance Ministry but the ministry remained non-committal,” he said, adding that such picket will continue throughout the country until workers’ legitimate rights were addressed. 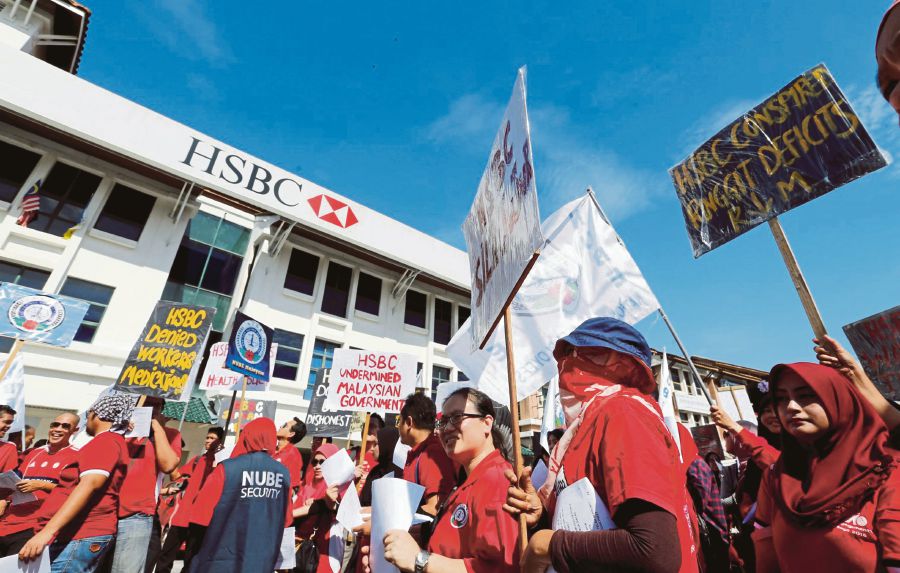