GFI: Malaysia at No 3 in illicit financial outflows in 2015 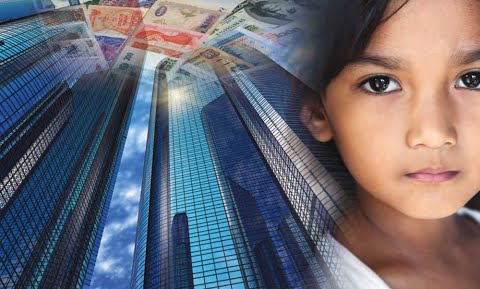 GFI came to this conclusion upon relying on data from the International Monetary Fund and the United Nations, which have different results due to the different methodologies used.

However, both sets of data ranked China as the number one source of illicit financial outflow, followed by Mexico, Malaysia and Russia. The study involved 148 countries.

As with the group's past reports, GFI believes that illicit financial flows are mostly caused by misinvoicing and leakages in the balance of payments.

"Trade misinvoicing is accomplished by misstating the value or volume of an export or import on a Customs invoice.

"Trade misinvoicing is a form of trade-based money laundering made possible by the fact that trading partners write their own trade documents, or arrange to have the documents prepared in a third country (typically a tax haven) - a method known as re-invoicing.

"Fraudulent manipulation of the price, quantity, or quality of goods or service on an invoice allows criminals, corrupt government officials and commercial tax evaders to shift vast amounts of money across international borders quickly, easily and nearly always undetected," said the group.

Anti-money laundering laws should also be tightly enforced and multinational companies should be compelled to publicly disclose all financial statements on a country-by-country basis.

GFI's "Illicit Financial Flows to and from 148 Developing Countries: 2006-2015" is the eighth report in the series.