MTUC at loggerheads with HR Ministry, MEF over ratification of trade union rules 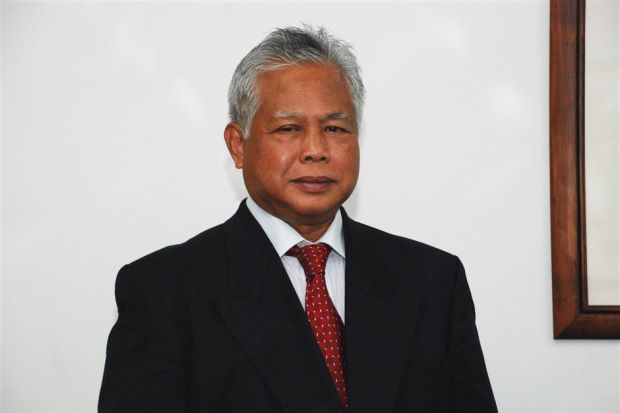 PETALING JAYA: The Malaysian Trades Union Congress (MTUC) is at loggerheads with the Human Resources Ministry and the Malaysian Employers Federation (MEF) over the proposal for the ratification of a convention that would allow all workers, including migrants, the right to join and form unions.

Currently, migrants workers are allowed to join existing unions established by Malaysian workers but Section 28 of the Trade Unions Act prevents them from establishing a union.

On Thursday (June 20), MTUC called on the United Nations global labour centre to push Malaysia to ratify the Freedom of Association and Protection of the Right to Organise Convention, known as Convention 87 (C87), during the International Labour Organisation Centenary conference in Geneva, Switzerland.

In response, the Human Resources Ministry released a scathing statement slamming MTUC as being "selective" in calling for the government to ratify C87 yet at the same time asking for a 10-year moratorium on the ratification.

"The Ministry doubts MTUC has forgotten its own stand that rejects the principle of C87 on the freedom to organise trade unions which can lead to multiplicity of unions in the workplace," it said, adding that ratification of any convention meant adherence to all principles of the convention.

"MTUC cannot be selective by asking the government to ratify C87 while they themselves are objecting to this principle that defines the very foundation of C87,” it said.

The ministry went on to say that it had proposed amendments to both the Trade Union Act 1959 and the Industrial Relations Act 1967, based on the principles of C87.

MEF has also voiced its objection to any ratification, saying that the law already allows both local and migrant workers to join unions.

"Ratifying C87 will easily lead to multiplicity of unions which would complicate negotiations and lead to infighting within unions," said MEF executive director Datuk Shamsuddin Bardan.

Labour lawyer Datuk T. Thavalingam, who was former MEF secretary, said even without ratifying C87, both migrant workers and local workers were accorded protection in the context of the existing legal system through the labour and industrial courts.

MTUC has hit back at both parties, describing the Ministry as "stooping very low" and MEF as "hypocrites".

Its secretary-general J. Solomon said the foundation of the convention was to give the absolute right to each and every worker to join a union irrespective of whether he was a local or migrant worker.

“The ministry has misled the nation in the matter and it appears that the ministry needs to be reformed before the labour laws are reformed,” he said, adding that the officer who issued the statement must resign for misleading the public.

Solomon said the 10-year moratorium sought by MTUC was only on one of the clauses that allowed workers in any firm to organise multiple unions in the same organisation, which he said would cause disharmony in the workplace.

He added in C87, multiplicity of unions is one of the provisions and it is not the foundation of C87 as claimed by the Ministry.

“Further, all the provisions in the C87 cannot be implemented after the ratification. It will be done gradually based on the needs of the local demands and readiness of the constituents.

He said C87 also asserts fundamental rights including the freedom for trade unions to hold strikes without the imposition of restrictions in the law or from the Ministry.

“It also has the right to collective bargaining immediately after registration without the condition to obtain prior recognition from the employer. All these freedoms are absent in the Government’s proposal," he said.

Hitting back at MEF, Solomon said migrant workers have little opportunity to seek legal recourse or join existing unions as they often work under tremendous fear of dismissal and exploitation.

"Employers should stop being hypocrites, one moment they say they care for the worker’s well-being but at the same time, they threaten them with dismissals if they demand decent work conditions."

Solomon cited cases where migrant workers were warned before accepting a job in Malaysia that they would be deported if they joined a union.

He slammed employers' excuse of multi-unionism as a "cheap stunt" as it should be the union's prerogative, not the employers', to decide how it is implemented.

"The C87 is beyond migrant worker as it will provide social protection for all workers in Malaysia," he said, adding that equal benefits ensure that locals are not discriminated and replaced with foreign workers as cheap labour.

According to Building and Wood Workers International Malaysian Liaison Council (BWI-MLC), there is little opportunity for migrant workers to use collective bargaining provisions to improve their situation.

Spokesman Nor Azlan Yaacob said it was especially important for migrants to be able to organise unions in Malaysia, as exploitation of migrants was escalating in the form of overwork, holding back of wages and poor or no compensation for injuries incurred.