The 11-members Vietnam National Union of Bank Workers (VNUBW)  delegation for the Bilateral Exchange Programme at Kuala Lumpur, Malaysia, from 14th to 18th October 2019 started off on the second day meeting at NUBE Head Office with Bro Chen Ka Fatt, the Hon. General Treasurer of NUBE and other union officials and consultant from NUBE.

The delegates led by VNUBW Vice President, Sis Nguyen Khanh Chi where the union represented 180,000.00 workers in the banking and finance

The delegations have fruitful Q&A sessions for about 2 hours on discussion from working hours to the activities and benefits provided by the Union and the Bank.

The delegates were briefed on the activities and benefits provided by the bank and union as well as the challenges faced by the union.

The Unions also assisted in social activities such as providing assistance to the poor people, hospitals and people who are affected by natural disaster.

The leaders from VNUBW also briefed that on the Union subscriptions, the labour law provided that all members to give a monthly contribution of 1% of their salary and the Bank will provide another 2%.

The exchange programme was very successful as beside our delegates has learn from our counterparts, it also bring closer and straighten the solidarity of both national unions. 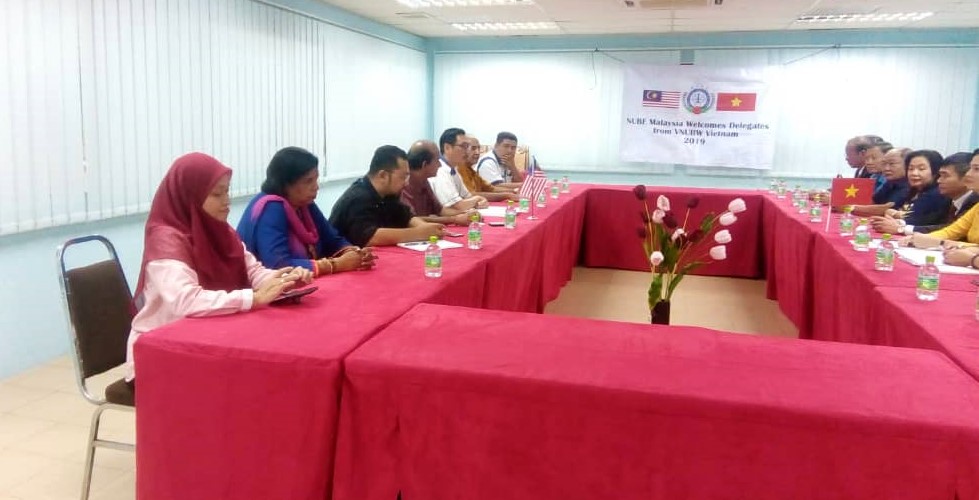 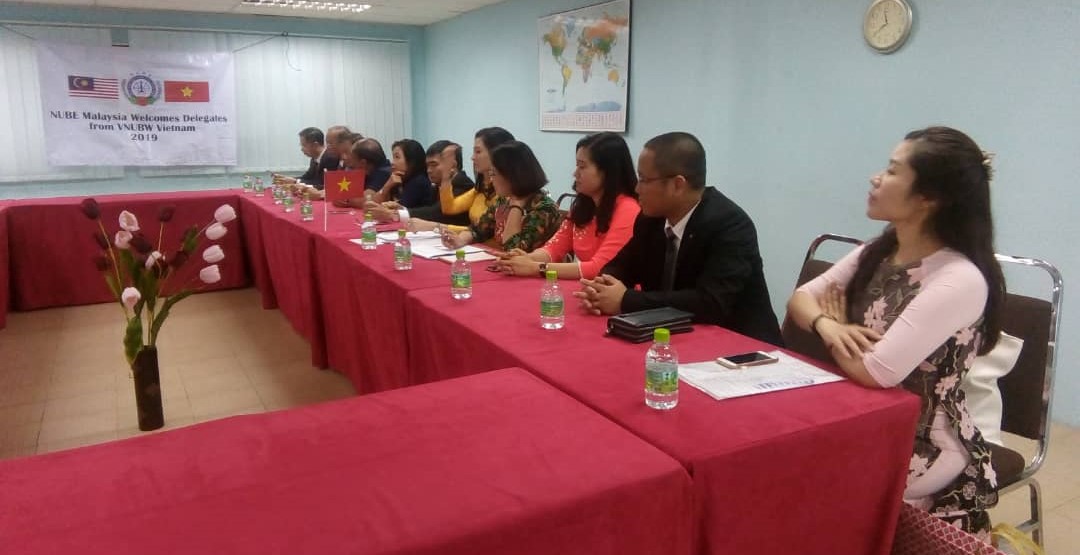 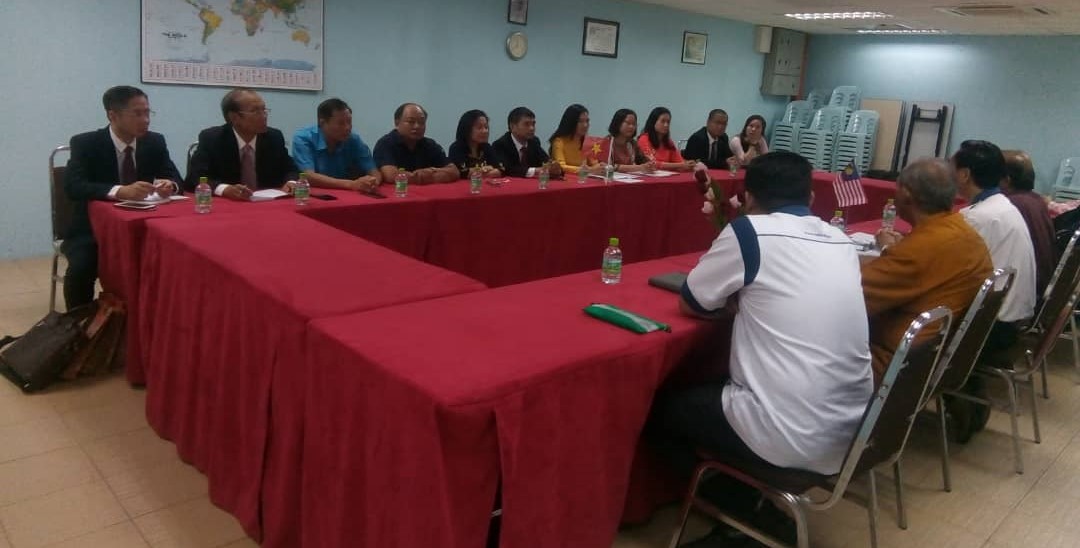 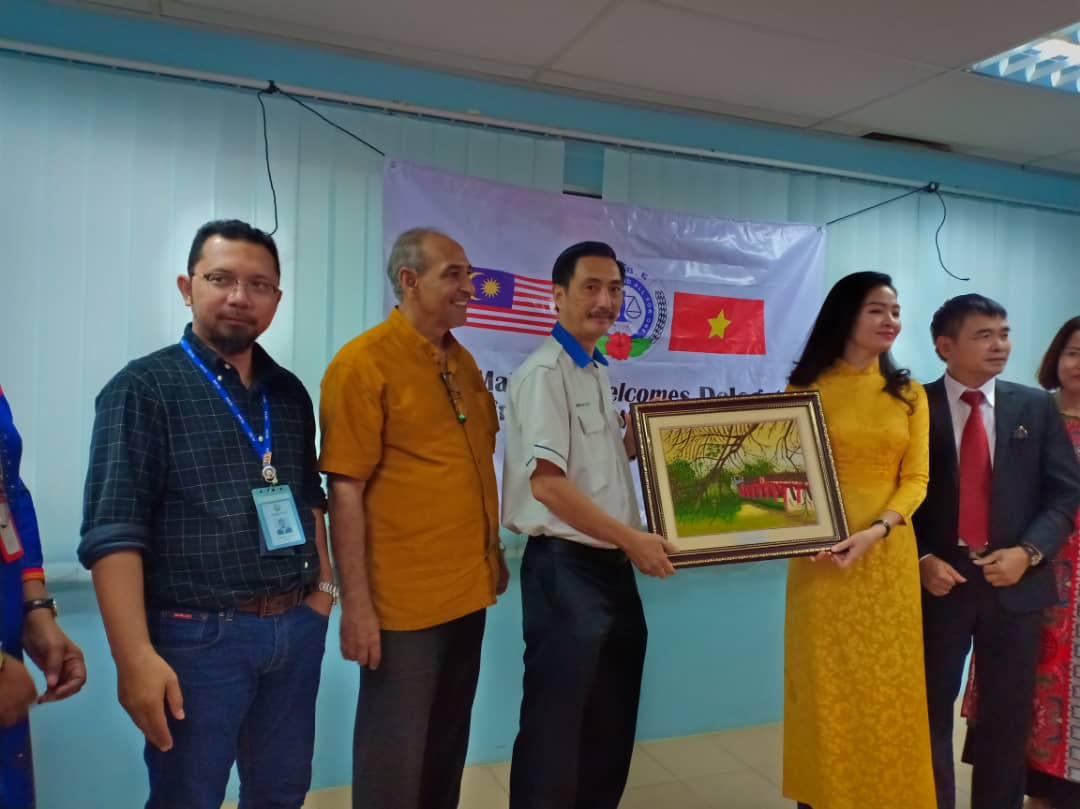 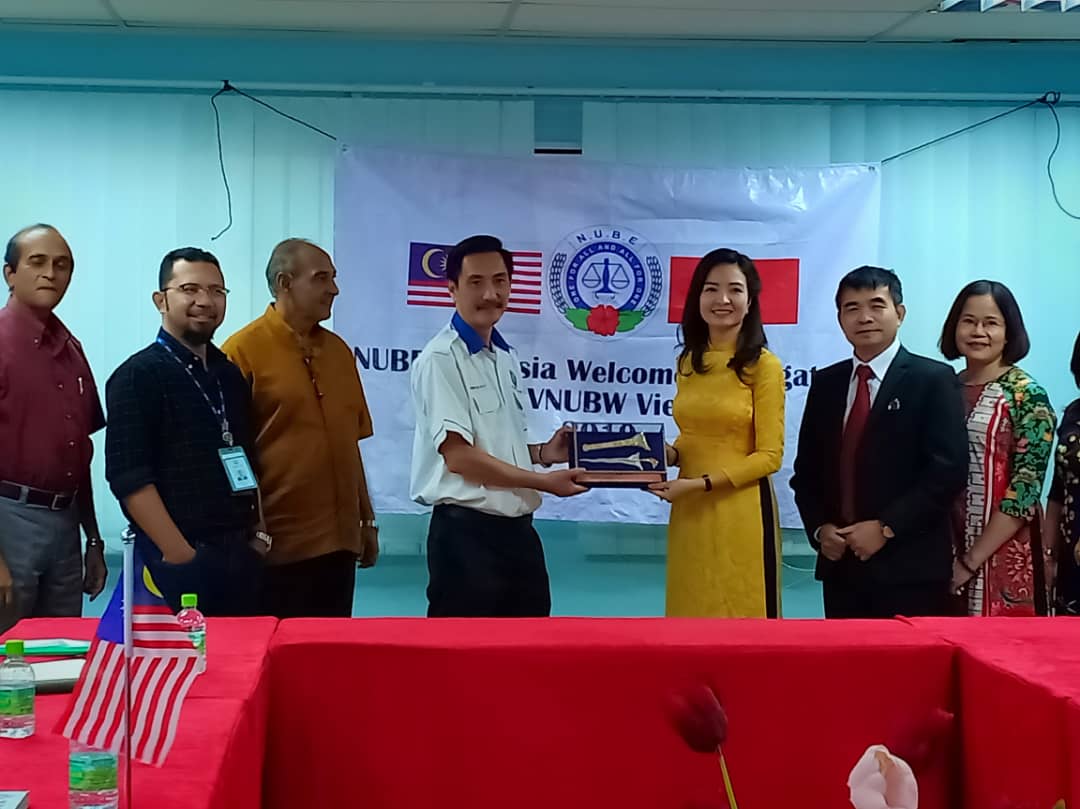